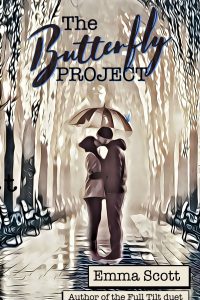 At age fourteen, Zelda Rossi witnessed the unthinkable, and has spent the last ten years hardening her heart against the guilt and grief. She channels her pain into her art: a dystopian graphic novel where vigilantes travel back in time to stop heinous crimes—like child abduction—before they happen. Zelda pitches her graphic novel to several big-time comic book publishers in New York City, only to have her hopes crash and burn. Circumstances leave her stranded in an unfamiliar city, and in an embarrassing moment of weakness, she meets a guarded young man with a past he’d do anything to change...

Beckett Copeland spent two years in prison for armed robbery, and is now struggling to keep his head above water. A bike messenger by day, he speeds around New York City, riding fast and hard but going nowhere, his criminal record holding him back almost as much as the guilt of his crime.

Zelda and Beckett form a grudging alliance of survival, and in between their stubborn clash of wills, they slowly begin to provide each other with the warmth of forgiveness, healing, and maybe even love. But when Zelda and Beckett come face to face with their pasts, they must choose to hold on to the guilt and regret that bind them, or let go and open their hearts for a shot at happiness.

The Butterfly Project is a novel that reveals the power of forgiveness, and how even the smallest decisions of the heart can—like the flutter of a butterfly’s wings—create currents that strengthen into gale winds, altering the course of a life forever.

Beckett took a drag from his cigarette, as if he were buying time before answering.

“Brooklyn, born and raised,” he said finally, still not looking at me. “Where else would I go anyway? Different city, same struggle.” He finally brought his gaze to mine. “So you’re getting out?”

“On the bus, tomorrow,” I said. “I can’t stay. I was here for a job interview—sort of—and it fell through.”

“Yeah, I probably will.” His smile was dry.

I laughed a little. “Smartass. I draw graphic novels.”

He stared at me blankly.

“Long-form comic books that tell one continuous story,” I said.

“Exactly. I have one mocked up and I came here to pitch it to a few publishers. They all rejected me. Well, one half-rejected me, but it doesn’t matter. I can’t stay in the city long enough to make any changes, and I wouldn’t know what changes to make if I could.”

Beckett studied the cigarette between his fingers. “Why can’t you stay?”

“Where do I start?” I ground out my cigarette under my boot heel. “My poor planning? My dwindling funds? The fact I was robbed today? Or that I was naively hopeful the publishers would adore my work and sign me on the spot? Take your pick.”

Beckett shook his head, his mouth turned down in his grimace. “Wait, go back. You were robbed?”

I nodded and waved away the last of the smoke, wishing my failure could be as easily dissipated. “I came here like a wide-eyed twit with a dream, and I crashed and burned.”

“You tried. That’s more than most people do.”

“I wish,” I said, letting my gaze roam over the dingy back alley. “I feel like I’m so close to breaking through. That last publisher gave me some hope. If I could pull a few weeks out of my ass, I’d have a chance. But it’s impossible. I have to go back to Nevada.”

“You don’t have friends or family nearby?”

Yes, and only two hours by train.

“No,” I said, and decided I’d said enough to a total stranger. The last thing I needed was the terrible homesickness to well up again. I stood and brushed off the ass of my pants. “Anyway, it is what it is. Thanks for the smoke.”

I turned, glanced down at Beckett. “What?”

“You said you were robbed,” he said, his voice low, his eyes holding mine as if he were forcing himself to hear this. “Did they hurt you?”

He leaned against the wall and his sigh plumed out in front of him in the cold air. It sounded relieved. “I’m sorry, Zelda.”

I frowned. “Not your fault. Like I said, the city kicked my ass. The sooner I get the hell out of here, the better for all involved.”

Beckett ground out his smoke and got to his feet. He was at least six-two, yet it didn’t feel imposing to stand in his shadow. It felt…

Safe. I feel safe with him.

“Do you know how to get back to wherever you’re staying?” he asked.

“The same way I got here, only in reverse,” I said, covering my unsettling thoughts with sarcasm.

Because that was safe for me. 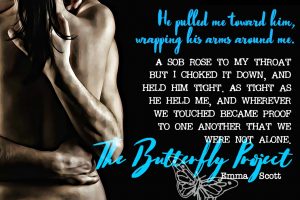 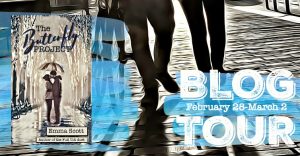 Emma Scott writes romances with flawed characters, characters with artistic hearts: builders, poets, and writers of various makes and models. Emma loves to write book lovers; those who have found refuge, companionship, and escape in books, much as we all do in real life. She digs realism, honesty, authenticity in storytelling. She also loves to write about enduring love, soul-deep love, in as real a setting as possible, but with big smooshy HEAs. Emma believes in diversity, open-mindedness, and inclusion. She adores sweetness mixed with steam, love conquering all, and above all, hope. Love always wins.