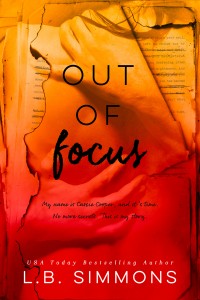 Secrets are stubborn things when they refuse to remain hidden. They tear through your soul, clawing and lashing until the pain becomes so unbearable, you’re left no choice but to silently scream your agony. No one hears you, of course. You smile on the outside and drift through life as though your mind is at peace, but all the while, you remain your own tortured prisoner. Sealed inside the darkened, soundproof room of your conscience, deafening cries echo as you plead for someone to unlock the door and release you from your nightmares. And eventually, when no one comes, you find ways to cope. To dull the suffering the only way you know how.

But what happens when you’ve become so numb, when everything around you has become so blurred, that you begin to lose focus on the saving grace standing directly in front of you? When you’ve anesthetized yourself to the point of losing consciousness, forced to watch as his once solid image fades away, lost to your reach in the haze as it smothers you?

What do you do then?

You fight. You heal. Then you bring him back.

Well, my name is Cassie Cooper, and it’s time.

This is my story.

***WARNING - The subject matter of this novel centers around the psychological effects due to sexual abuse experienced during childhood. For this reason, as well as sexual situations, language, and adult themes, suggested reading age is 17+.***

In Under the Influence, the story centered around Dalton Greer’s internal struggle to keep the road he chose in order to escape his abusive childhood a secret from the girl he loved, Spencer Locke. Along the way, we also met Cassie, her quirky best friend, who was responsible for much of the comic relief throughout the book.

But things aren’t always as they appear, and Cassie it seems has been hiding her own secrets. Secrets she is ready to share with you. Secrets that won’t be easy to write, and probably even harder to read, but ones which must be revealed in order for her to heal from her own tortured past and move forward into the arms of the man she loves.

This book will be able to be read as a standalone, but will also have some of the pivotal scenes from Under the Influence in Cassie’s POV. 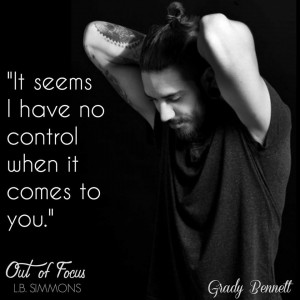 L.B. Simmons is a graduate of Texas A&M University and holds a degree in Biomedical Science. She has been a practicing Chemist for the last 11 years. She lives with her husband and three daughters in Texas and writes every chance she gets.