My life is a secret.
His life is dangerous.
We’re both stubborn, calculating, and controlling.
Mark Dixon doesn’t know what he’s getting into. He doesn’t know his games could cost us our lives. I have to do what is necessary to keep us alive, and that means guarding my heart.
But I know I’m defenseless against him, and in the end, he’ll force me to surrender. 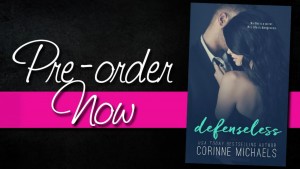 “Everyone locked and loaded?” Liam Dempsey draws our attention. There’s a part of me that wants to slap him, but then I remember: I’m the guest. It would probably be frowned upon. “Ready,” Jackson says and bangs the magazine into the rifle. “What’s the plan?” “We have the location where Aaron’s being held captive. We’ll split into two teams, surround the building, and get him out. The helo will be on standby for extract. Muffin, Twilight, you guys will handle meeting with the CIA agent.” Liam lets us know how this will go down. He’s the big cheese of our small team. Commander was fine with allowing Muff and me to go on the rescue. First, we know what the hell we’re doing; I could be the damn commander at this point. Second, if it isn’t Aaron, we have the best chance of knowing quickly. I know it is, though. The code word that the CIA agent communicated was the one we’ve used for years. She relayed his area and the best way possible to enter the compound. Of course, deciphering her instructions was difficult, and it left us to make plans for the plans. 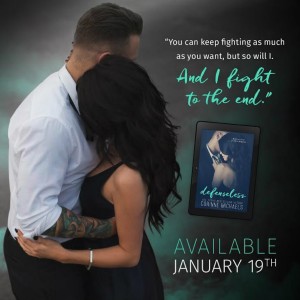 Read my review of Defenseless here.

Corinne Michaels is an emotional, witty, sarcastic, and fun loving mom of two beautiful children. She’s happily married to the man of her dreams and is a former Navy wife. After spending months away from her husband while he was deployed, reading and writing was her escape from the loneliness.

Both her maternal and paternal grandmothers were librarians, which only intensified her love of reading. After years of writing short stories, she couldn’t ignore the call to finish her debut novel, Beloved. Her alpha Navy SEALs are broken, beautiful, and will steal your heart.