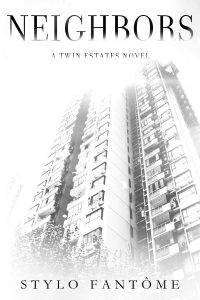 Things a good neighbor can do for you:

2. Let you borrow his lawnmower

3. Water your plants while you're on vacation

4. Make your eyes roll back in your head with his tongue

Katya Tocci has never paid much attention to who lives next door - her career always kept her too busy. She's a good girl, working her way to becoming the most sought after cake designer in all of San Francisco.

But even a good girl's gotta cut loose once in a while, right? So one fake dating profile later, and she's ready to tarnish her squeaky clean image. Little does she know, her fun time is closer to home than she ever imagined.

Throw in a neighbor who wants to corrupt her, and another who just wants to own her, and her entire world is flipped upside down.

Who knew neighbors could be so helpful?


Add to your Goodreads 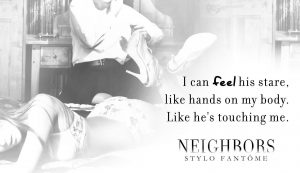 Crazy woman living in an undisclosed location in Alaska (where the need for a creative mind is a necessity!), I have been writing since ..., forever? Yeah, that sounds about right. I have been told that I remind people of Lucille Ball - I also see shades of Jennifer Saunders, and Denis Leary. So basically, I laugh a lot, I'm clumsy a lot, and I say the F-word A LOT.

I like dogs more than I like most people, and I don't trust anyone who doesn't drink. No, I do not live in an igloo, and no, the sun does not set for six months out of the year, there's your Alaska lesson for the day. I have mermaid hair - both a curse and a blessing - and most of the time I talk so fast, even I can't understand me.

Yeah. I think that about sums me up.