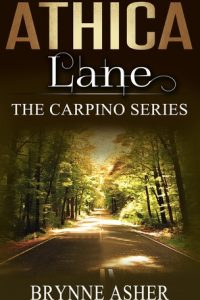 Cam Montgomery is a single full time dad who knows his priorities: his kids, his job, his team, his side business. Dealing with his disaster of an ex-wife is bad enough, not to mention delinquent football players and a meddlesome mother. Cam doesn’t have the luxury of time for anything more, especially a relationship. Even if it is sassy-wiseass Paige Carpino, who can still be sweet, but at every turn knocks him on his ass with the unexpected.

That’s figuratively speaking of course. Paige might come in a small package, but she makes up for it in spirit. An energetic spit-fire who has some heat to her sauce, she’s dedicated to her new business ventures, her family and a select group of friends. She’s never put herself out there, but then again, there’s never been anyone worthy of putting herself out there for.

Until one day in a burger joint, an asshole practically enters her into a wet t-shirt contest with his drink. Who knew a wet t-shirt could be the beginning of your life. Or more importantly, that asshole would be your reason for being. But anything and all of the above can happen when you finally put yourself out there for a single-dad-ex-football-player-smarty-pants-hot-man. When you throw the Carpino’s, the Montgomery’s and an eighty-five year old bossy woman in the mix, it’s a recipe for…well…something big.

Warning: This book contains a hot dad, a sassy heroine, steamy parts and naughty words. If you’re under the age of 18, this author is frowning at you with her mama eyes telling you to walk away.

Paige Carpino is a sweet, hardworking woman with almost no friends outside her big, meddlesome, loving family. It’s not that she is shy or awkward, but she doesn’t have much time to socialize. She has her own catering company, a food blog which is growing beyond her dreams, and a family she’s very close to. She knows this is weird, she wants to hang out with people her own age, but it’s not her priority to make a change right now. When she promises her sister to look after her nephews for a week, as well as taking care of their two neighbor kids after school, she has no idea the neighbor kids belonged to the brick wall. The brick wall she has ran into last week, spilling his drink down her t-shirt, leaving little to the imagination right in the middle of a burger joint. Seeing him interact with his son and daughter, it doesn’t take long for her feelings for him to change – from irritation to ‘dadmire’ to love.

“I gaze at the scene in front of me and even though I’ve always known this about myself, now I know. As if the fog has lifted off a dull, hazy day letting the light shine through, I know beyond a shadow of a doubt. There’s nothing more I want in this world than to have a man look like this with kids I get to give him.”

Cam Montgomery is a single dad who does everything for his two children, Jordy and Cara. He spends his day working as a coach for the local High School and owns his own sport facilities. His ex-wife burned him in a bad way, leaving him a somewhat bitter man. He doesn’t anticipate on his neighbor’s sister, a sweet, young woman who makes him shake his head in annoyance, pisses him off, and makes him hard at the same time. He enjoys all of her different character traits more then he likes to admit.

“But just like the last few days, my mind goes back to the woman next door who surprises me at every turn. To the woman who gives me sweet when all I’ve tasted is sour for a long fucking time”

Although Cam thinks he doesn’t deserve Paige, he just can’t stay away from her. He hasn’t had sweet in a long time, and it doesn’t take much before he no longer can control himself. Paige isn’t a very experienced girl, but she knows what she want from Cam, she wants it all because that’s what she deserves. My heart breaks for the couple when Cam’s past and insecurities took hold of him, I just couldn’t believe him and his way of thinking. Paige stays true to herself and was no pushover, although she could have let him grovel a little more. That being said, I love how the couple’s relationship, and the relationship between Paige and Cam’s children, grew in a very real and beautiful way.

This is the third book by Brynne Asher in the Carpino series. It’s written in the beautiful style the author showed in the first two books. I love that I saw glimpses of the lives from the couples of the previous books, them being happy and building families. I love Paige and Cam, as well as both their big, meddlesome families – their conversations and actions put a smile on my face. What I also need to address; I love the fact Cam was not the typical man whore falling for the inexperienced girl for once. I’ve read about to many of these heroes and I’m glad Brynne Asher chose to write Cam the way she did.

“I see a look come over her face, a look I haven’t seen in what feels like forever. It’s a look I came to love. I realize now how much I’ve missed that look when she gazes up like she knows she one-upped me and says quietly, but with a hint of her old attitude: Well then. I win.”

I loved the story, the main couple, and it’s writing, I highly recommend this book. I give this story 5 beautiful stars!