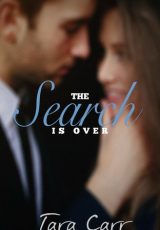 “They were just buddies. Pals. Amigos. In person, it was a lot harder to remind herself that he was just her friend. Because she always wanted more. She always had.” Josie has grown up with just her mother, her father wasn’t in the picture. When her mother lost her battle with cancer, fifteen-year-old Josie was adopted by the Grant family. […]

This website is for 18+ years and older. Most of the books I review contain content of adult nature. If you don't like your romance books having explicit scenes, the books I'm reading may not be for you.