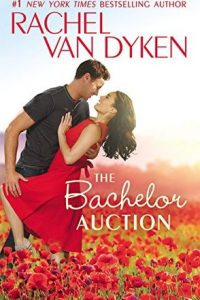 Cinderella never had to deal with this crap.

Jane isn't entirely sure that Cinderella got such a raw deal. Sure, she had a rough start, but didn't she eventually land a prince and a happily-ever-after? Meanwhile, Jane is busy waiting on her demanding, entitled sisters, running her cleaning business, and . . . yep, not a prince in sight. Until a party and a broken shoe incident leave Jane wondering if princes---or at least, a certain deliciously hunky billionaire---maybe do exist.

Except Brock Wellington isn't anyone's dream guy. Hell, a prince would never agree to be auctioned off in marriage to the highest bidder. Or act like an arrogant jerk---even if it was just a façade. Now, as Brock is waiting for the auction chopping block, he figures it's karmic retribution that he's tempted by a sexy, sassy woman he can't have. But while they can't have a fairy-tale ending, maybe they can indulge in a little bit of fantasy . .

The Bachelor Auction is the first book in the new ‘the Bachelors of Arizona series’ by Rachel Van Dyken. It’s a funny, modern day version of one of my favorite fairytales, Cinderella. And of course it’s in true Rachel style; complete with manipulative older people, evil sisters, annoying brothers and over-the-top situations. I’ve enjoyed reading it!

“They were family and family stuck together. Even if family exhausted you, stressed you out, and made you want to scream at least ninety percent of the time.”

Brock is carrying the weight of his family on his shoulders. He is the oldest of three brothers, and since the death of their parents they have lived with their grandparents. As long as he can remember, Brock has always done what his grandfather wants him to do; from the sport he played to the school he went to. Brock just can’t say no to his grandfather, he wants to keep him happy and alive, not wanting to lose another family member. But grandfather’s latest wish makes Brock question his grandfather’s sanity; a bachelor auction for the sake of the family company… With Brock as the grand prize.. While mentally preparing himself for the event Brock meets Jane, and he can’t stop thinking about her.

“He stopped walking. Breathing. It wasn’t her face…her lips… It wasn’t the way her body looked poured into her tight black dress. No, it was her eyes. As if she was begging for someone to save her.”

Jane is a sweet, hard working woman; after the death of her father she takes care of the family cleaning company and of her sisters. While they are older, the sisters depend on Jane in a lot of ways, but instead of being thankful and friendly they treat Jane like a real-life Cinderella. And like Brock, Jane can’t get the word ‘no’ over her lips. At her father’s deathbed she promised she would take care of the family, and that’s what Jane has been doing ever since. When Jane meets Brock at a glamour party she thinks he’s way out of her league, but after she leaves she keeps dreaming about him.

“Dazzling. He was…like a duke or a lord or a prince from a storybook. Clearly, she read too many romance novels, but his entire presence demanded attention; screamed authority, importance, and sex. Lots and lots of sex.”

When Jane and Brock meet each other during a party, they both feel a connection, but after a ‘misunderstanding’ Jane flees the scene like a true Cinderella. When they meet again, both Brock and Jane have their reasons to keep it professional, but since this is a romance book… You know what happens next. That Jane and Brock belong together is a given fact, they just have to learn to speak for themselves and do what they want for once.

I really like the leading couple, but I just wanted to shake some sense in them at times. They both got played by their siblings – annoying ones (Brock) and plain nasty ones (Jane) and a crazy grandfather all the time. They just couldn’t say ‘no’ to them, always tried to please them. Since this is book is the first one in the series, hints are given for the future books. The Bachelor Auction is a sweet and easy read, sometimes a bit cheesy and over-the-top, just how I need my reads at times.

“All of this. I would give up everything for you. Know that when I say I love you it’s because you’re special, beautiful, caring, unique. You drive me crazy, and now that I have you—I can’t imagine ever letting you go.” Tears filled her eyes. “Good. Because I won’t let you.”

I’ve enjoyed reading The Bachelor Auction, I give the story of Jane and Brock 4 stars. 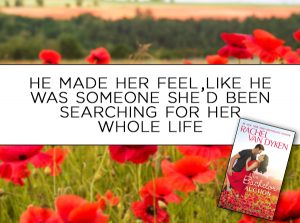 “Jane.” It was a whisper, it was a question, and then his mouth was on hers—harsh, forceful, but so inviting she whimpered at the contact and leaned into him, begging him with her body to take what she couldn’t voice aloud.

It was a bad idea.

He was a bad idea.

Ready to be married off.

But here, in this moment, he was hers.

So she kissed him back with as much passion as she possessed, her hands digging into the front of his shirt while his teeth nipped at her bottom lip.

His hands slid beneath her shirt, unhooking her bra with ease as he nudged her thighs apart.

“You feel so soft,” he murmured against her mouth. “Perfect.” Another plundering kiss, his tongue flicking hers before his lips slid down her neck. “So damn good.”

With a moan, she pressed as close as she could against him, nearly riding his leg in an effort to get more of him.

“That’s it,” he encouraged while she clawed at him.

“Brock!” Bentley’s voice pierced the air. “Did you need help?”

Brock froze above her, his face filled with irritation. “Open that door, Bentley, and I’m selling every car you own and replacing it with a Honda!”

“You don’t mean it.” The knob turned.

Jane’s eyes widened in alarm as Brock quickly moved away from her and tossed the blanket…over her head. Right, like that was going to look normal. She pulled the blanket off her face and tried in vain to fix her bra while frantically pulling her hair back into a ponytail.

Bentley entered, took one look at both of them and smiled. “Clearly this room was dirtier than we thought?” He tilted his head at Jane. “Or maybe not dirty enough?”

“Fine,” Bentley grumbled. “I’m leaving. I just thought you should know that Grandfather called and wanted to know how the maid was working out. I told him that you’ve been helping her since she sprained her ankle. He was concerned about her finishing the job.”

“What did you say?” Brock grabbed Bentley by the shirt and gave a little shake.

Feeling suddenly more naked than she actually was, she covered herself up with the blanket.

What had she been thinking?

It was beyond unprofessional.

Tears burned the backs of her eyes.

“Thanks, Bent.” Brock sighed, running his hands through his already mussed hair.

Bentley saluted him then added quietly. “For the record, any girl that can get Boring Brock to bend the rules is a keeper.”

Brock bit back a curse as Bentley shut the door.

He turned. “You’ve never been plain a day in your life.”

“I think you’ve already learned that you don’t need to give me pretty compliments to get me to kiss you.”

Jane covered her face with her hands. “It was flattering until you said that last part.”

Emotion flashed across his face as he made his way over to her and kissed her again, pulling away with her name on his lips. “Jane, I want you.”

“Thought I was just the help.” The walls around her heart started to slip; she felt it in the way her body rose against him. He’d noticed things about her nobody ever had, he was helping her, and he was beautiful. Was it so wrong to want this? For herself? Once in her life?

“You’re more than that, and you know it.” His eyes locked on to hers as his deep voice washed over her.

“You’re getting auctioned off in two weeks and you know it.”

He paused, his expression going completely ice cold before he looked away and then back at her. “And if I wasn’t? What then?”