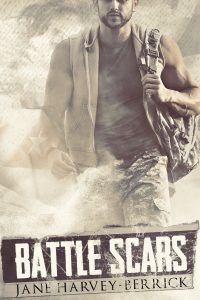 From the dusty plains of Afghanistan to the sleek corridors of the New York Times, journalist MJ Buckman seeks the truth, the whole truth, and nothing but the truth. What she doesn’t expect to find is a man who’s her complete opposite … and fits her perfectly.

Marine Sergeant Jackson Connor knows that relationships don’t work for men in the military. He’s living proof of that. But when a steely-eyed temptress in a flak jacket, who carries her moral cause in front of her, crosses his path, he’s furious, curious, and all kinds of in-lust.

* * *
A grown-up love story about two people who aren’t looking for love, but realize how precious it is when they find it. They don’t play games and there are no stupid misunderstandings, just life standing in their way.

Can they compromise? And what does that look like in a modern relationship between two driven people?

They’re always traveling in different directions. What relationship can survive that?

I love all kinds of romantic stories; dramatic, dark, over-the-top, you name it. But every once in a while, I want a ‘normal’ story without any extras… Just a realistic story about two people falling in love and trying to make it work. That’s what Battle Scars by Jane Harvey-Berrick is for me. I love the story of MJ and Jackson.

“You’re calling this an encounter?” “A date implies that there’ll be kissing involved.” “Kissing?” “It’s in the small print.” “I guess I must have missed that memo.” “Your loss.” “I’m a fast learner.”

MJ and Jackson are both driven people who live for their work. MJ works as a journalist in the more dangerous parts of this world, exposing the stories behind the news. Jackson is a Marine who has seen the horrors of war, but who’s still a dedicated soldier to the bone. MJ and Jackson have lived lives, have seen the worst, and recognize something special when it comes along. But building something beautiful when your work means that much to you can be a challenge.

“When I held her in my arms, she made me think of summer afternoons in Mama’s garden—her warm skin, the sultry heat in her eyes, those sexy lips made for long, languid kisses. I’d do whatever it took to hold onto her.”

Battle Scars is written in a double POV, but most of the time we’re inside the head of MJ. Through her eyes we the story unfolding, with some chapters from Jackson’s POV. The story is not as dramatic or painful as other books I’ve read by this author, but it’s still very much her author voice. Jackson and MJ act like grownup people who make grownup, realistic decisions.

MJ and Jackson are a great couple who bring out the best in each other, I love their realness. While the couple makes thoughtful decisions (and have hot sex), both their jobs make sure their lives aren’t boring at all. I love that Jackson is into MJ from the moment he meets her, and that it’s MJ who has to change her view on relationships after meeting Jackson. In most book it’s the other way around. I also like the realness of the situations the characters find themselves in. So is MJ in my little country, and what she finds is a very real situation that I read about in my newspapers on a daily base.

“Your life, my life. I want to be with you. Forever. No more goodbyes. We’ve said those words too many times. I don’t want it anymore.”

I love Battle Scars, I give the story of MJ and Jackson 5 stars. 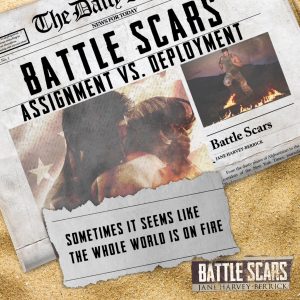 A whole generation was growing up knowing only despair, death and destruction. How could there be lasting peace when children were encouraged to carry guns? How could life return to normal when these children had never experienced it? The problem seemed too big, too difficult, too impossible to solve.

And here and now, we were all suffering the effects of lives lived in hate.

Doctors and nurses worked with strained detachment as they attempted to triage a thousand people at once. Chaos was too polite a word for everything that I witnessed.

“Can I help?” I asked, a nurse rushing past.

She raised her shoulders in a helpless shrug, then pointed at a teenage girl who had a wound on her leg, bright red pooling around her.

“Apply pressure,” she shouted as she ran toward a child whose robes were dark with blood.

“Then what?” I yelled after her.

“Pray!” she shouted over her shoulder.

I turned to the girl whose jet-black eyes watched me without emotion. She’d wadded her dress, pressing it against the wound while blood soaked into the sand around us. I pressed down on her leg, trying not to gag as blood seeped between my fingers.

All around me, people were crying and begging for help, most of them young, so young. I knew that over half of the refugees at this camp were children, but seeing them like this…

I stayed with the girl, helpless to do anything except apply pressure to a wound that wouldn’t stop bleeding. I pressed down, pressed down, and I talked to her—trivial nonsense that meant nothing, important things that meant everything. I told her about Jackson. I told her all about the man who’d stormed his way into my life, his eyes blazing. I told her my hopes and fears, and when I’d told her everything I could think of, I prayed, reciting Bible verses that I’d last heard at my father’s funeral.

She didn’t understand me, of course, but maybe she understood the tone. Maybe she knew that I was praying for her.

And finally the blood flow slowed and I stopped talking. There was nothing more to say because the girl was dead, her dark eyes open and accusing.

And what could I do? I wasn’t a doctor, I wasn’t a nurse. I wasn’t even a fighter. All I could do was write about what I’d seen and heard, said and done, and hope that somebody cared. Maybe even someone who cared enough to help end the madness.

But when hatred is your birthright, hope seems a very long way away, and I wondered if God had heard my prayers. 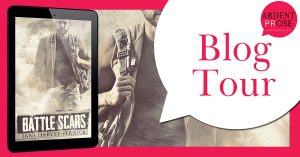