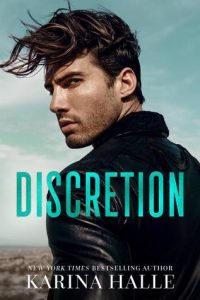 The Riviera means indulgence—if you’ve got money. For Sadie Reynolds, a down-on-her-luck student, the Riviera means dingy hostels and back streets. When a wrong turn puts her in jeopardy, the last thing she expects is to be saved by the most handsome stranger she’s ever locked eyes with. When she later wakes up in a luxury suite with a Mediterranean view, she’s in the tender care of her rescuer: Olivier Dumont, France’s most eligible bachelor, billionaire hotelier, and heir to the Dumont fashion fortune.

Olivier also owns his reputation for scandal. But Sadie is unlike any woman he’s ever met. Her humble persona and wild innocence promise real passion. He’s promising Sadie something too: anything she wants. From Bordeaux to Cannes to Paris, Sadie’s past in America is swept away and replaced with a fantasy too good to be true.

Pulled into Olivier’s orbit of wealth, glamour, and excess, Sadie discovers that the Dumont dynasty comes with a legacy of wicked secrets. And Olivier’s secrets may be the most damning of all…

Down on your luck in Europe and being rescued by a handsome stranger. It almost sounds like a fairytale… Discretion tells the story of Sadie and Olivier, who come from very different worlds. I love them, and their amazing story.

Sadie had big plans for her summer trip to Europe, but the break-up with her boyfriend wasn’t part of those plans. Now Sadie is traveling all alone, on a way tighter budget but still enjoying herself. Olivier is a rich man, working for the company his family has built. With being rich and good-looking Olivier has no problems with finding women, but there’s something different about Sadie. Olivier and Sadie start out as knight and damsel in distress, but soon they’re much more.

Sadie and Olivier can’t be more different; she’s an American student, he’s a French businessman. But for some reason, they just work. Not that Sadie makes it easy for Olivier, it takes a lot of convincing from his side to make her accept his help. I love this! I would be wary as well; alone in a strange city and somebody you don’t know offering you his help. I love Olivier and Sadie together, they’re an amazing couple who deserve everything.

Discretion is the first book in the ‘Dumont Series’, and introduces Sadie and Olivier, as well as the other members of the Dumont family. It’s a world of luxury where money plays no role. Well, kind of, because money can bring out the worst in people. The romance between Olivier and Sadie is a sweet whirlwind, but there’s much more going on. And not all is sweet… I can’t wait for the future books in this series, I need to know more about the Dumont’s and their intrigues. 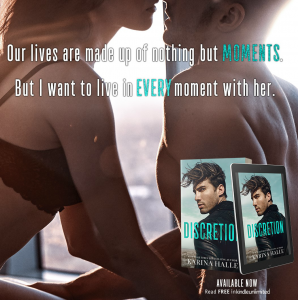