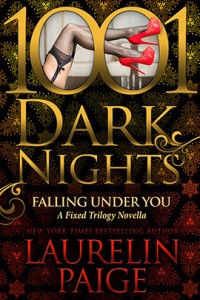 Norma Anders has always prided herself on her intelligence and determination. She climbed out of poverty, put herself through school and is now a chief financial advisor at Pierce Industries. She’s certainly a woman who won’t be topped. Not in business anyway.

But she’s pretty sure she’d like to be topped in the bedroom.

Unfortunately most men see independence and ambition in a woman and they run. Even her dominant boss, Hudson Pierce has turned down her advances, leaving her to fear that she will never find the lover she’s longing for.

Then the most unlikely candidate steps up. Boyd, her much-too-young and oh-so-hot assistant surprises her one night with bold suggestions and an authoritative demeanor he’s never shown her in the office.

It’s a bad idea…such a deliciously bad idea…but when Boyd takes the reins and leads her to sensual bliss she’s never known, the headstrong Norma can’t help but fall under his command.

“There are too many reasons why that would be a bad idea.” Enough said. Case closed. “Yes, there are,” he agreed. “Forget them.”

Norma has come a long way. After her mother’s death her father turned out to be a horrible man, leaving Norma to raise her younger brother and sister. She’s a very driven woman, she has put herself through school and climbed up to the position of chief financial advisor at Pierce Industries. In her work she’s the boss and enjoys it, but when it comes to her personal life it’s a different matter. She isn’t sure wants she wants in men anymore, and the sudden demanding demeanor of her assistant Boyd takes her by surprise.

“It turns me on that I can give you the one and only thing you can’t give yourself.” “What’s that?” My voice was shaky, threadbare. “A break.”

From the moment Boyd approaches Norma with his bold proposition, she’s intrigued. Being disappointed in men – most run away from her controlling personality – she wants to explore the possibilities of being with a dominant man. The two of them working together in the office and their age gap – Norma is 34, Boyd is 26 – make Norma think hard about what Boyd can offer her. In the end, she just gives into her feelings for Boyd and his dominance.

Falling Under You is a short novella and has ties with ‘the Fixed series’ and ‘the Found duet’ by the same author. Although it gives some references to events in those books, it can be read as a standalone. Normally I’m not too fond of novella’s – they are too rushed or the characters are one-dimensional – but Falling Under You is a pleasant exception. Being written in Norma’s POV it gives a realistic view of the relationship development between her and Boyd, and how they handle their work situation. I also like that this novella is about a dominant/submissive relationship, without a luxurious BDSM club for once. Just two people acting on their desires and wants, giving each other what they need.

“I’d learned the beauty in not always being the one on top. I’d learned the pleasure of being under too. Standing on my tiptoes, I reached up to kiss the man who’d taught me that life-changing lesson.”

I’ve enjoyed reading Falling Under You, I give this novella 4.5 stars.

~~ Falling Under You was provided in exchange for an honest review ~~ 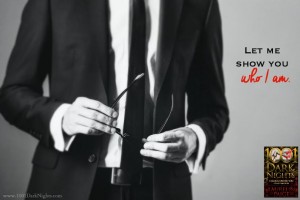 I pushed the door open and stepped onto the rooftop, grateful for the empty landscape if not for the hot, muggy night. Escape. That’s what this was. A much-needed escape.

I walked over to the railing and looked down at the street below, but my attention was still on the scene I’d just left. The awkward, horribly embarrassing scene. I groaned out loud. I could still see the look on Hudson’s face when I’d cornered him in the hallway and kissed him. Could still hear the disdain in his voice as he’d pushed me away and said, “You don’t want what I have to give, Norma. Trust me.”

But I did want what he had to give. At least, I was pretty sure I did. After the disappointing series of men I’d dated who’d failed to satisfy me in the bedroom, I’d realized I craved a lover with the confident, powerful strength of a man like Hudson Pierce. A man who controlled and had authority over me in every way possible. I’d thought that he would be the one guy who could handle that I was a smart, successful woman without letting it intimidate him. As his chief financial advisor, I’d been his right hand “man” for years. Couldn’t I also be the perfect companion elsewhere? The potential of the power couple we could make was scary and thrilling all at once.

Apparently, he didn’t have the same vision.

My flaws ran through my mind like bullet points on a PowerPoint presentation.

Too old (thirty-four, which was only a digit off from thirty-five)

Too serious (how else did a woman get to where I was in the business world?)

Too independent (I didn’t depend on anyone for anything, though I’d prefer the real deal to my seven-inch battery-operated boyfriend)

I groaned again. Stupid, stupid, stupid. What the hell had I been thinking? Obviously, I hadn’t been. I couldn’t even blame my behavior on being drunk—though there was plenty of alcohol at the event downstairs, I’d touched nothing but water all evening. The party was meant to be a celebration. Pierce Industries had just closed its highest earning year ever, and I was a key player in that success. Silly me for thinking that a better way to celebrate would be to announce my infatuation with my boss instead of raising a toast like everyone else.

God, Monday was going to suck. How could I face Hudson without turning beet red with shame ever again?

One Response to “Book review + excerpt: Falling Under You ~ Laurelin Paige”