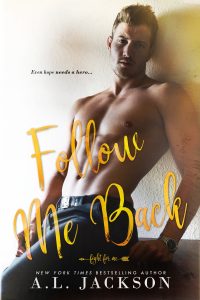 Bryant. Arrogant. Gorgeous. Commanding.
This ER doctor is married to his job. His only vice is one-night stands and short-lived flings. He learned a long time ago loving someone isn’t worth the risk.

Harley Hope Masterson. Beautiful. Brave. Sweet.
The owner of a small coffee shop knows what it’s like to struggle. Embroiled in a bitter divorce, she’s threatened with losing everything.

When Kale accepts a new position down the street from Hope’s shop, he begins to question every wall he’s built around his heart.He wants her in a way he hasn’t wanted anyone.

One touch is fire.

One kiss, and he’s spinning out of control.

But taking her won’t come without consequences.

Hope is in for the fight of her life. One neither of them saw coming.

Now Kale must decide if loving her is worth risking it all.

She will fight with everything she has.

But sometimes even hope needs a hero . . .

The next seductive, unforgettable stand-alone romance in the FIGHT FOR ME series from NYT & USA Today Bestselling Author A.L. Jackson . . .

Follow Me Back tells the story of Kale and Hope, and both are not looking for love. He because he thinks its not for him, she because her life is complicated enough as it is. But as in other A.L. Jackson stories, these two deserve real love, and that’s what they get.

“Ideas thrummed through my mind. The dangerous, dangerous kind. Ones that made me question and want and wish I could have something more in my life. But I didn’t need more. I had enough.”

Hope is working hard to make a living for herself. Her divorce has left her wounded, and her ex makes it hard to move on. She has her own coffee-shop, but her real priority in life is her young son Evan. He means the world to her, and she does everything for the little man. Being busy with Evan and the shop, there’s no time for fun, and she keeps her distance to other people. Kale is the exception to her rule, and soon they spend much more time together.

Kale is a hardworking doctor, and while he sees the good and bad side of life on a daily base, he loves his job. Kale hasn’t had a serious relationship since college; he doesn’t mind hookups, but love is not for him (or so he thinks). However, Hope is different. Kale tries to keep it casual, but soon he spends a lot of time with her and Evan.

“This woman had singlehandedly made me question everything. What I wanted and where I was going and what I stood for. I wasn’t supposed to need anyone.”

Like other books by A.L. Jackson, Follow Me Back is a story full of emotions and loveable characters. The story is written in a dual POV and gives Kale and Hope both a voice. Follow Me Back is the second book in the ‘Fight for Me Series’, but it can be read as a standalone. The couple of the previous book is mentioned a few times, but this is Kale and Hope’s story.

Hope and Kale are a great couple. What starts out as a bit of flirting, soon evolves into more. But both have secrets, or simply don’t share important pieces of their lives. I was relieved when all was out in the open. Yes, I knew it was going to hurt, but you can’t build a solid relationship on lies. Hope’s son Evan is the cutest little boy. As a mom of young children, I always pay attention to how a writer ‘writes’ a kid, and Evan is just so real. I love Hope and Kale together, and how Kale is with Evan. He might not be the boy’s real father, but the three of them just belong together.

“He set me on my feet and took my face in his hands. He leaned down and captured my mouth in a dizzying kiss. Soft and tender and slow. A promise. A passionate claiming. And my unstable world . . . it no longer spun. It danced.” 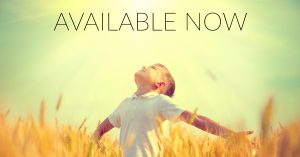 Tags A.L. Jackson, Fight for Me, Follow Me Back, New Release, Review, Romance