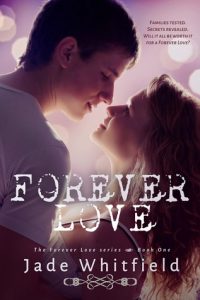 Beautiful and sassy, Liv Preston constantly has guys falling at her feet. Guys break you though, they use you and spit you out, leaving you a broken mess on the floor. No, Liv is much too smart to let that happen, instead choosing to go down the route of the ultimate female player.

Handsome and arrogant, Noah Travers is the ultimate catch. The star quarterback with a Greek God physique, he's too young and there are way too many girls out there for him to commit to one relationship.

When Liv moves from Atlanta to the tiny town of Franklin to live with her Dad, she has no idea that her life is about to change. The second Noah claps eyes on his new step-sister, its love at first sight. Now all the reformed former player has to do is convince his beautiful, yet broken new step-sister that he's the guy for her. All Liv has to do, is trust her hot as hell new step-brother not to break her.

Can their relationship survive secrets that have been hidden for years though? Can it survive the enemies that seem to lurk around every corner?

Families will be tested, secrets revealed. Will it all be worth it for Forever Love?

“Girls like me don’t get the happy endings with the nice guy, and I’m ok with that.”

Liv is a pretty 17-year-old girl who does whatever she wants; boys, parties, everything. She lives with just her mother, who isn’t a good mom at all. Liv hasn’t seen her father a few years; after the divorce, he moved away and has remarried a widow with children. Since the situation between Liv and her mother is getting worse and worse her parents have decided it’s for the better Liv will live with her dad during her last year in high school. Moving in with her dad also means Liv is going to meet his new wife and her sons. And although she tries to fight it, in cocky Noah she meets her match.

“Like what you see?” He’s got that same cocky smirk on his face, the one that usually makes me want to slap him. This one, however, makes me want to pull that towel and see what’s underneath.”

17-year-old Noah is the man at school; being the handsome star quarterback of the football team he’s popular with the girls, something he doesn’t mind at all. He’s used to all the attention (and action), but lately he feels a bit bored, it’s all too easy. Add to that having to decide what the future will hold (college or not) Noah is in a bit of teenage hell. When he meets his stepsister Liv, Noah immediately feels drawn to the self-assured girl. He just knows she’s ‘his girl’.

“I can’t help thinking about what she said last night, about her “eating guys like me for breakfast.” I don’t know why, but I have a feeling I have a serious player on my hands here. That just gets my adrenaline pumping thinking about a battle of wills between us.”

The moment Liv and Noah meet there is a tension between them. Liv sees the handsome football player; somebody she needs to stay away from. Noah feels an instant attraction to Liv, even though she’s legally his stepsister. But since this is a romance book Liv and Noah can’t stay away from each other. They try to hide it (sort of), but it doesn’t take long before their relationship is public knowledge. Noah and Liv are a couple in their first real relationship; together they have to find out how love works.

As already mentioned, Liv and Noah are both 17-year-old kids still in high school. When I was a 17-year-old, I probably would have liked Liv, maybe looked up to her a bit. She doesn’t care what people think of her and does what she wants. But I’m a 38-year-old mom.. And mom doesn’t like Liv. Mom thinks Liv is rude, self-absorbed and materialistic. I get why she is the way she is, but still her behavior is not ok in my world. Noah is fine, but he sounds a bit ‘too old’, too Alpha for a 17-year-old. One little rant: did Liv’s dad really didn’t see how horrible his ex-wife was for their daughter? How could he leave Liv behind with that woman?

I liked reading the author’s debut book, she has a pleasant writing style. But due to my issues with the heroine I have to give Forever Love 3 stars. Maybe I’m getting too old for books about high school kids..