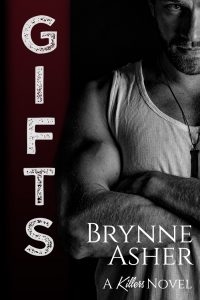 No one would say Keelie Lockhart isn’t determined. Taking on the role of both mom and dad to her two young kids, she’s managing life the best she can. Saddled with a century-old dilapidated farmhouse she can’t afford, a bevy of goats, two dogs, and a geriatric donkey, the last thing she has time for is a man—even if that man is a knight whose shining armor comes in the form of worn-in jeans and work boots.

Controlled, methodical, and focused—Asa Hollingsworth takes charge of everything in life. Working close to home after years away, he finally has the time to focus on his kids. Little does he know, a chance meeting with a petite, strawberry-blonde stranded on the side of the road, would intertwine their lives in a way he’d never want to untangle.

But when school bullies turn into something much worse, Asa starts to dig around. He never dreams the troubles lurking in the hallways of the local high school would shake his family to its core. With drug dealers lurking, bullets flying, and threats coming from every angle, Asa must do everything he can to protect the ones he loves.

Because in the end, there’s nothing more precious than the gift of life.

Warning: Oh, I’m sorry, that’s a fake ID. If you’re not eighteen, consider yourself bounced and walk away from my books. I’ll gladly welcome you back when you become a legit adult. That is, unless you’re my parents or my children. If so, walk away and don’t come back. You don’t need to know what’s in my head.

Gifts is already the third book in the ‘Killers Series’ by Brynne Asher and takes the reader back to the world of small towns, Alpha’s and sweet women. This is the story of Asa and Keelie, and their children. I love it.

“Having him here in my space—space that’s been mine and mine alone for almost two years now—is … strange. I’m trying hard not to let it make me nervous, but even more, I’m trying my damnedest not to like it.”

Keelie would happily run back to the big city, but she doesn’t want to uproot her young children once again. After the death of her husband she’s left with huge farmhouse and between her work as a school counselor, taking care of her kids and an endless stream of do-it-yourself projects, she doesn’t have time for much else.
Like Keelie, Asa is a man who’s focused on his kids. He has missed much of their younger years due to his work, but now he’s making up for the lost time. Keelie and Asa aren’t looking for somebody, but both can’t deny the chemistry between them.

“Never knew I could have it this good,” he breathes against my lips. “Wasn’t looking for anything. Found you on the side of the road, standing in a ditch—then you go and knock me on my ass and I fall in love.”

Since Gifts is the third book in the ‘Killer Series’, we not only meet Keelie and Asa (we’ve seen snippets of him before), but we also see characters from the previous books. The tone of Vines and Paths was lighter than the author’s other series, but Gifts is a bit more serious; no crazy cows or weird antics this time. It’s all about Keelie and Asa falling in love and making it work for them and the four children involved.

I love romance and suspense, and for me Gifts has the right mixture. I love Asa. Above all he’s a good father who’s making a life for himself and his teenagers. He’s also a bit older and knows what he wants and takes care of the people he loves. Poor Keelie, her husband’s actions had a huge impact on her life, so I understand her hesitation towards Asa. They just belong together.
An important part of a Brynne Asher book is the ‘villain’, and I had my suspicions as I do every time, but I was wrong! (well, partial). I didn’t see it coming. Bravo Ms. Asher!

“I’m going to marry you.” My fingers tense in his hair and I’m overcome by his words. As my eyes well, I whisper, “You are, are you.” He presses his still hard cock into me. “As soon as I can. And even when you’re wearing my ring, you can ask me not to leave you and my answer will always be the same. Never. Never, baby.”

I love Asa and Keelie, I give Gifts 5 stars.