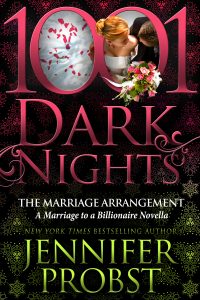 From New York Times and USA Today bestselling author Jennifer Probst comes a new story in her Marriage to a Billionaire series. The Book of Spells returns in this sparkling addition to the series!

She had run from her demons…

Caterina Victoria Windsor fled her family winery after a humiliating broken engagement, and spent the past year in Italy rebuilding her world. But when Ripley Savage shows up with a plan to bring her back home, and an outrageous demand for her to marry him, she has no choice but to return to face her past. But when simple attraction begins to run deeper, Cat has to decide if she’s strong enough to trust again…and strong enough to stay…

He vowed to bring her back home to be his wife…

Rip Savage saved Windsor Winery, but the only way to make it truly his is to marry into the family. He’s not about to walk away from the only thing he’s ever wanted, even if he has to tame the spoiled brat who left her legacy and her father behind without a care. When he convinces her to agree to a marriage arrangement and return home, he never counted on the fierce sexual attraction between them to grow into something more. But when deeper emotions emerge, Rip has to fight for something he wants even more than Winsor Winery: his future wife.

**Every 1001 Dark Nights novella is a standalone story. For new readers, it’s an introduction to an author’s world. And for fans, it’s a bonus book in the author’s series. We hope you'll enjoy each one as much as we do.**

Marriage arrangements? In this day and age? Why on earth would you agree to a deal like that?! But when it comes in the form of a cute story written by Jennifer Probst, it makes me giggle and swoon. Ok… I have to be honest. One the first romantic series I’ve read was the ‘Marriage to a Billionaire Series’ (fond memories and all)… The Marriage Arrangement is the newest addition to the series, and it’s just as I remember the other books… Giggle, headshake and swoon…

“For the first time in years, he actually craved a woman’s touch. She wasn’t supposed to be funny and sweet. She was supposed to be a shallow, spoiled socialite who cared nothing about anyone else.”

Caterina and Ripley are both shaped by their pasts, and both are looking for a change. Caterina thought she was living a perfect life, until she caught her fiancé in a certain compromising situation. She left her father and the family vineyard behind, to finally get to know her true self, not the young woman people expect her to be. Ripley’s scars run deeper; his childhood was not a good one, and from a young age he learned he’s not enough. Working at the vineyard of Cat’s father gives him a sense of family and belonging, and he’ll do whatever it takes to keep it that way.

“He bent his head once again, and with one swift motion, re-slanted his mouth over hers. His tongue surged past the seam of her lips in one shocking, heated stroke. Claimed.”

Although Ripley isn’t honest with Caterina when they meet (‘I’m here to bring you back to the States and we’re going to marry’ is honest, but not a good pickup-line right?), the chemistry between them is undeniable. To Ripley’s surprise Cat is nothing like he suspected. Yes, she’s a rich girl, but also a sweet, caring woman for who he starts to care for deeply. Caterina is a bit reluctant about her growing feelings for Ripley, but she also knows he is something special. Of course, they hit a hard bump (hello truth), but Cat and Ripley have their Happily Ever After.

The Marriage Arrangement gave me a lot of different feelings; I felt sorry for Caterina and Ripley, I love the two of them together and it was good to back in the world of the ‘Marriage to a Billionaire Series’. Some of the characters from the previous books made a short appearance, and it was good to see them again! My only little complaint with this Novella is Ripley. He’s an amazing guy and all, but his inner voice was a bit of a drama king, who wants too much. But overall, I love Ripley, Caterina and their whirlwind courtship.

“This brooding, strong, defiant man had a heart so big he humbled her. She reached out and took his hand, leaning against his warm strength. “You’re my home now, Ripley Savage. And I’ll never leave.” 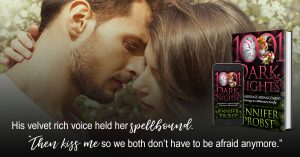