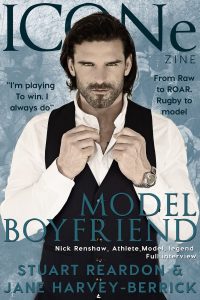 A powerful contemporary romance set in the fast-moving world of international modelling.

"What’s it like dating one of the most beautiful men in the world? A man whose face is on every magazine and ad campaign?

Not as much fun as it sounds, as Anna Scott is about to find out.

Retired from rugby at the age of 33, injured and bored, Nick is given the chance to enter the high stakes world of fashion photography as a model.

But behind the glittering façade lies an ugly reality: drugs, alcohol, all the deadly sins, and people willing to sleep their way to the top.

It’s a tough life and tougher on relationships.

Nick needs to learn to navigate the treacherous path quickly or risk losing it all—including the woman who has become his reason for living.

In this glamorous world, there is no room for error. Being a MODEL BOYFRIEND has never been harder.

Can nice guy Nick find his way through, or will he be tempted to risk it all? Because the one thing he despises is failure.

He’s a lot more than a pretty face."

This story continues where Undefeated left off, although it can also be read as a stand-alone story in its own right.

What would you do when you retire at an early age from the sport that has been your life for a long, long time? Happily start a new chapter, or finding it hard to make a new start? Model Boyfriend picks up where Undefeated left off; with a happy Nick and Anna. But Nick’s retirement and him finding a new purpose doesn’t make their lives any easier. I’ve enjoyed this follow-up story very much.

Nick and Anna are happy; living together and engaged, everything they have ever wanted. In his early 30’s, Nick is ready to leave his successful rugby career behind him. Not that he doesn’t love the sport anymore, but rugby is a hard, physical game and he isn’t getting any younger. But retirement and Nick do not mix well. He doesn’t know what to do with his wide-open schedule, feels unsure about the future. Anna is hurting for the man she loves. She sees him struggle, and tries to point him in a new direction, even if it makes her uneasy. Their love is still there of course, but it isn’t as easy as it used to be.

“It wasn’t fair for all the responsibility of his life to weigh on Anna. He was a man and he needed to act like one. He needed to do this on his own terms.”

Nick! Dude! What are you doing! While I understand him to a point, I also wanted to slap him a bit. He really went through a rough period because of his retirement, but he didn’t talk to his Anna about it, about his feelings and his doubts. I really liked Nick in the modeling world. As an outsider he has a totally different view of what’s normal, and the modeling world and its excesses is not okay in his book. I love Anna. She loves Nick so much, and she hates to see him unhappy, without a meaningful purpose. I find her brave for letting Nick find his way back to himself, and to her.

Like Undefeated, most of Model Boyfriend is told from Nick’s manly POV; straight to the point and no flowery nonsense. Model Boyfriend can be read as a standalone, but to get the full picture you should read Undefeated first. Normally I’m not a fan of giving a couple a second book (it can only mean trouble in paradise), but for Nick and Anna it’s working. They have their up and downs in the book, but their love for each other isn’t in question.

“Winning didn’t matter, rugby didn’t matter. What matters is what we have here. I don’t have the fire for it anymore. Here, with you … that’s where I want to be.” 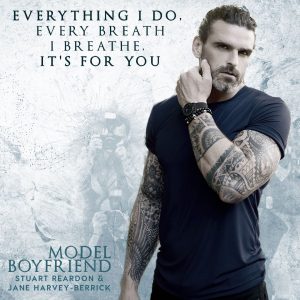 Nick sat in Twickenham’s South Stand, the ground empty, floodlights dimmed. He closed his eyes, remembering being here as a young kid, watching his heroes play, dreaming of doing what they did, playing for England. He rubbed his tired eyes, despair weighing him down. It was all so long ago. But fast forward in time and here he was again, sitting in the same place.

He’d achieved what he set out to do—there should be no regrets. But it was so damn hard to let go, so hard to unplug.

Rugby lads were tough men, and Nick felt frustrated by his inability to suck it up and get a grip.

He could still hear the fans cheer and sing. He could hear the studs from thirty pairs of boots echo through the tunnel as the players walked out to the field, the coach giving his pre-game speech, the victory song being sung after and drums thundering as the team celebrated.

I’ll never replace this. Rugby is under my skin, it’s in my blood, it flows through my soul.

A place like Twickenham brought back so many emotions. He knew that every player went through the transition, wondering what was next, but that didn’t make it any easier.

The underlying question had to be answered in his own mind: if I’m not Nick Renshaw the Rugby star anymore, who am I? What’s my purpose?

If he was honest, not knowing who or what he was, it scared him.

But Nick was too late.

Making her way toward the South Stand, she saw him.

He was sitting in the shadows, elbows on his knees, staring out at the empty stadium, staring out at the silent turf. His gaze was distant, lost in the past, and Anna wondered what he was seeing, what he was hearing. Did the echoes of long gone games ring in his ears? Was the roar of a long lost crowd making his heart pound with ghostly reminders of past greatness? Was he seeing the moment that he stole the ball from the air and ran half the length of the field to score his most famous try? Was he reliving the moment when 82,000 fans leapt in the air, chanting his name?

For a moment, she studied his profile: the nose that had been broken twice, but still retained its fine outline; the strong chin, covered now with a neat beard; moonlight casting shadows across his sharp cheekbones.

His stillness frightened her and he seemed so lost, so very far away.

She walked toward him, her nerves jumping, and sat by him, stiff and silent. He knew she was there, she could tell by the gentle tilt of his head.

And then, without looking at her, he held out his hand toward her, and she took it, gratitude and relief filling her eyes with tears.

His skin was cool, as if he’d been sitting here in the dark for a very long time.

They continued in silence for several more minutes, simply sitting, their hands joined.

She waited for him to speak. And waited, and waited, her heart sinking a little more with each second that passed.

Not just today. I’ve missed you so much for so long. 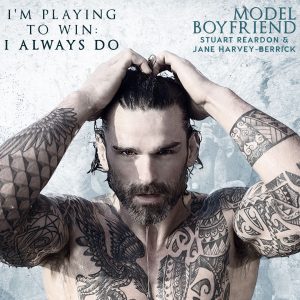