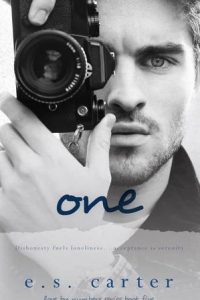 I received this book from The Hype PR in exchange for an honest review. This does not affect my opinion of the book or the content of my review.

One click.
One perfect frame.
That's all it takes to capture an eternal moment; although most people let them pass by without acknowledgement.
I don't waste any.
Not a single one.
If I see something of beauty, I want to experience it, feel it and immortalise it.
If I see someone of beauty, I want to taste them, worship them and memorise them.
I don't have a type, if I like you, I like you.
I don't have a preference.
My bisexuality is a gift, not a defect.
It's the freedom to see beyond gender.
One blink.
One touch.
One night.
Life is filled with so many ones.
One chance to get things right.
One life to live as you choose.
One decision that gives you acceptance.
One person to fill the emptiness.
Just one?
Nah, like I said, life is full of ones.
My camera lets me focus on the good times; I develop from life's negatives, and if things don't work out, I just take another shot.
Who needs just one?

One is the fifth book in the ‘Love by Number series’ by E.S. Carter. Throughout the previous books in the series we’ve met Isaac, one the handsome Fox brothers. It’s no secret Isaac is bisexual; he’s attracted to both men and women, a fact he’s absolutely not ashamed of. One finally tells us his story.

“Heat. Lips. Tongue. Ache. Throb. I am lost because he found me.”

Isaac is a photographer and living the life; traveling, meeting beautiful people and spending time with his beloved family. Isaac has always known he falls for men and women, and he makes no secret of it. His family knows, and they are supportive and unjudgmental. Isaac isn’t looking for love and commitment, but somebody made a bigger impression on him then he cares to admit. When Isaac sees Flynn again, all the feelings and hurt come back.

“I can feel him, and a crushing sense of deja-vu skitters down my spine. I’m frozen, torn between needing to look and wanting to remain oblivious. Don’t ask me how I know; maybe it’s his smell or just his presence, but I know it’s him. Him. Flynn Phillips.”

Flynn is a handsome, popular model/fitness personality. He had a happy childhood with his family, until his older brother ended his own life. After that, the happy family was gone, leaving behind three heartbroken people who can’t deal with their grieve. Flynn sees himself as a straight man, and Isaac confuses him on every level. He doesn’t want to feel attracted to the man, but he can’t help himself.

When Isaac and Flynn see each other in One, it’s not the first time. They have been together before, and to say it didn’t end well is an understatement. Isaac was left hurt and confused, Flynn didn’t know what to think either. When the men meet again, they try to be civil, but again all blows up in their faces. When they meet each other for a third time, Flynn finally has come to terms with his sexuality and his attraction towards Isaac, and they have a shot at something lasting and real.

One is more than just the story of Isaac and Flynn, it’s also about accepting your sexuality and stop pretending. I was so angry with Flynn a couple of times; while I can understand his confusion, I despise how he treated Isaac because of it. Isaac is such an open, sweet man, he deserves somebody who isn’t ashamed of loving him. I love how Flynn and Isaac are when they are finally on the same page, I love their chemistry and how they are together.

“Acceptance is serenity. It’s happiness, it’s understanding, it’s faith in yourself and others. It’s knowing that you can’t change the past, but you can choose your future. Acceptance is love.”

Seeing the characters from the previous books was good, to see bits and pieces of their lives, to see them still happily in love. While I was sad for Isaac in the beginning, a secondary story line broke my heart. It felt so real and the reactions of the characters were so realistic, it made me cry. What I also must say; I love how the author gives every story in the ‘Love by Number series’ such a different vibe, it makes me enjoy this series very much.

Although I wanted to strangle one of the heroes a few times, I love how it all worked out. I give the story of Isaac and Flynn 5 stars. 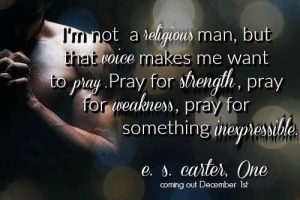