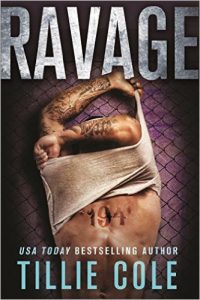 Taken by the Jakhua Clan as a teen, 194 was stripped of his name, his identity, and his freewill, meticulously honed to be a ruthless, soulless killing machine, trained solely to spill blood and stop hearts. This is a role he resents with every fiber of his being, but one he embraces to gain back the precious leverage the Georgians wield as their weapon of control: his younger sister, 152.

Mzia Kostava is in shock. After fleeing her mafia family's massacre in Georgia as a child, Mzia lives in secret, hiding from her enemies in the dark shadows of Manhattan. At age twenty-five, believing all her family is dead, word reaches Mzia that her brother Zaal is very much alive... and living with their family's greatest enemy: the Volkov Bratva in Brooklyn.

Yearning to be reunited with her beloved Zaal, Mzia risks her safety and anonymity for the brother she had mourned since childhood. But just as she reaches Zaal's apartment, Mzia is seized and taken captive by a strange man, who is strong, dark, and brutal... Unyielding, he demands her utter obedience as he locks her away in darkness. He is highly skilled in torture and inflicting pain, and demands to know everything about her brother Zaal and everything about her. He is a man that'll do anything to get what he wants.

Sometimes love requires the sacrifice and betrayal of those held most dear. But is finding one's true love worth committing the greatest sacrifice of all?

Ravage is the latest book in Tillie Cole’s ‘Scarred Souls series’. Like the other stories in the series it’s raw, gritty and brutal, but written in the style I love the author’s books for. Ravage tells the story of Valentine (194) and Zoya.

“I became a ghost in the night. I became the deliverer of death. I was torture. I was pain. I was the fucking nightmare that no one ever saw coming… … until it was too late.”

Valentin is living the life of an abandoned child in a Russian orphanage; no love and no kindness. But his life takes an absolute turn for the worst when he and his younger sister Inessa are taken by the Jakhua Clan. Gradually Valentin becomes 194, a ruthless murderer without emotions. The obedience drugs given to him by the Clan works; he does all his mistress tell him to do; to kill, to torture and to fuck. But even though Valentin is frequently injected with the drugs, he doesn’t forget who he is and who he wants to keep save; Inessa. When a young woman comes onto Valentin’s path while being on an assignment for the Clan, slowly he begins to see more clearly.

“A strange warm feeling entered my body as I held her in my arms. Her hot breath blew against my neck, and lifting my hand I found myself running it through her long dark hair. The feel of her hot skin rubbing against mine caused a low growl to build in my chest.”

Zoya Kostava has lost her whole family when she was a little girl; she was the sole survivor of the killing of her entire family. Being cared for by loyal servants, she survived and is living in hiding in America. Hearing her brother Zaal (his story is told in Reap) is alive fills Zoya with joy, and she leaves the safety of her home to meet the brother she thought was death. Being captured by a brutal giant wasn’t part of her plan, nor are her responses to his brutal actions. While spending time with 194, slowly she reaches his hidden self, and sees the damaged and hurt man beneath the scares and tattoos.

“He had kidnapped me. He had hurt me He had tortured me. But now I was seeing another side of him. The one who called me kitten in his native Russian and now raked back my hair, whose eyes flared and mouth hissed when he stroked his rough hand—intimately—over my naked skin.”

Zoya and Valentin are the very opposite of each other. While Zoya is innocent in every sense of the word and is raised by people who love her, Valentine has known nothing but cruelty, pain and abuse. But soon Zoya finds out some of the harsh things Valentin does to her make her feel more alive than she has ever felt. Not knowing the sweet touch of a woman, Valentin doesn’t know what to do with Zoya, but he feels he can trust her, that she’s sincere. Zoya and Valentin are, despite their darker urges, sweet and inexperienced together. Like the other couples in ‘the Scarred Souls series’ their bond is pure and primal, driven by their feelings.

Ravage brings the reader back to the world of the Eastern-Europe mafia, underground fighting and the horrific treatment of children at the hands of evil people. Knowing the love Valentin has for Inessa, it’s used against him, to control him, to make him obey. And while he does what is asked of him, it doesn’t stop the horrible abuse of Inessa. I love how Zoya is able to see the good in Valentin, to see the gentle man under the drugs fueled beast.

“Kotyonok,” he whispered, his sweet name for me warming me to my core. “You’re mine? You belong to me?” Smiling through the emotions wrapping me in their hold, I nodded my head. “Yes. I am yours.”

Even though its brutal and horrific at times, I love the story of Zoya and Valentin and I’m counting down the days for Inessa’s tale. I give Ravage 4.5 stars.

~~ Ravage was provided in exchange for an honest review ~~