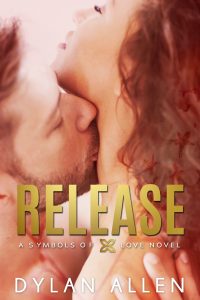 And in paradise, I don’t have a past. I don’t have pain, my secrets don’t haunt me and I can be anyone I want.

Harry’s intoxicatingly handsome, rich, and also the biggest jerk I’ve ever met. So, it’s inconvenient that sparks fly every time our eyes meet.

Indulging in an affair wasn’t on my agenda.

But fate isn’t a mistress to our intentions; And what starts as strike of lightening on a moonlit beach ignites a fire between us that will span continents.

Meeting again in the unlikeliest of circumstances feels written in the heavens.

And I’ll need the courage of the gods to tell him the truth.

They say the truth will set you free… but what if it destroys you first?

Is it possible to hide the truth from you loved ones? From the moment I read about Lilly in Rise and Remember I wanted to know more about her. I had the feeling she didn’t stay away by choice, that something had happened to her. With Release, I finally know her story. The book made me feel a lot, but I love it.

“His hand cups my face, my eyes close, and all of the breath leaves my lungs. His touch feels like…relief. And I am rocked with a feeling of happiness, so surprising and acute that it stings. No one has touched me like this in such a long time.”

Lilly is living a lonely life; away from her family and following her own set of rules. It’s not by choice, but she felt like she had to go away, to keep her secrets to herself. When Lilly meets Harry it’s obvious he’s different, but her own mind is her worst enemy. Admitting her feelings for Harry also means opening up about the past, and that the hardest…

Harry has learned the hard way women not only want him because he’s such a nice guy. But like a real man he takes his responsibility, and knows he wasn’t the perfect fiancé either. Lilly is nothing like the women Harry normally socializes with, and it’s hard to stay away from her.

“This woman…even now when things are messed up, she’s who I want to talk to. Who I want to be with this. I’ve never felt this way before.”

Release is already the third book in the ‘Symbol of Love Series’ and tells the story of Lilly and Harry. Like the other books in the series the story is written in a dual POV, giving a voice to both characters. You see their thoughts, hopes and fears, all descripted realistically. I had my suspicions before I started Release, but I’m ‘happy’ with the story as its written and how everything develops between the main characters.

I have to be honest here. The first few chapters I didn’t know what to make of Lilly. She went from hot to cold in the blink of an eye, completely confusing Harry (and me, the reader). But as I got to know more about Lilly and learned what had happened to her, all I wanted to do was hug her. Harry is an amazing character, I love how he owns his role in his previous relationship, and how he wants to do better. Harry and Lilly are both realistic characters, formed by their pasts and ready for their future. I love them.

“Wherever I am, wherever I go -if you’re there, it feels like home. Your heart is my home.” 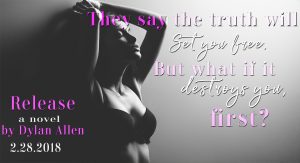