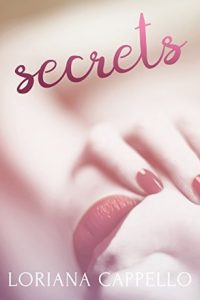 For a long time, I couldn’t see past Daniel Grant.
He was my first love; then he broke my heart.

In return, I made a mistake and settled for someone else.
That someone just happened to be his brother.
Joe never meant to hurt me.
He was kind and gentle, but he was also a liar.
This is the story of how my life was turned upside down by the good guy.

For a long time, I battled against the Grant family for my sanity
and sought only to destroy those who made my life hell.
I became bitter and twisted because of them.

Now I have someone who intends to save me.
He’s seen first hand how I existed before him
and now he wants to listen while I pour out my heart.

I am Freya.
This is my story.

**In order to appreciate Freya's story, it is more beneficial
to read Where She Is, beforehand, but not essential.**

When you meet new people, also book characters, your first impression is how you see them. You can love or be neutral about them, or absolutely dislike the person. But what if there’s a whole story behind a person, a story that completely changes your view on them and other persons involved? Secrets tells the story of Freya, the evil wicked princess from Where She Is. Her story makes me feel a lot, I love Secrets.

“I saw beneath the layers of her thick skin. Underneath it all lies a woman afraid, fragile and broken. I’ve managed to strip away her armour and discover the beauty beneath.”

Freya is a bitter, hard woman; calculating and a complete bitch to everybody around her. This is how the outside world sees Freya, but in reality her bitch is her armor. Underneath is a broken, beaten-down woman who’s unable to move forward and leave the past behind. Not that she doesn’t want to – it’s her biggest wish – but outside forces make it impossible to move on. Freya keeps everybody at a distance, doesn’t let people get close. Only a special person can break through her walls and make her hope for a normal future.

“I regret with every beat of my heart, the day I met your family. They have enclosed my world into a confined and dark place. I can’t breathe. I can’t find my wings to fly. They have taken away any shreds of self-worth and I will never forgive any of them.”

Secrets is the second book by Loriana Cappello, and follows the characters from the previous book Where She Is, but now from another perspective. Freya was the villain of that book, but I was always wondering about her behavior and her relation to the other characters. The format the author has chosen almost reads like a therapy session, in which Freya tells what has happened throughout the years. It’s a painful story to read, and I’ve lost all respect for characters I previously liked.

It has been a few days I’ve read Secrets, and I’m still very upset and so very angry. Freya seems like a total bitch, but I feel so sorry for her, I want to hug her and tell her she’ll be okay. Freya doesn’t diminish her own cruel actions of the past, but with all the information I have now I feel this is the only way she could have acted. She was given no choice, those were made for her by other people. And how the mighty have fallen… I thought the characters from Where She Is were good men, men who did what was right. But now I see all of them in a whole different light, and I’m upset with each of them for their actions. I love the ending Freya got, she deserves the world.

“I’ve found my destiny. This man who sits beside me has given me the courage to take back control of my life. With his guidance and understanding, I’ve walked a path which destroyed the obsession I once had. He saved me. I would not be here without him.”

I love Secrets; the story and all the feelings it provoked. I give Freya’s story 5 stars.

Tags Loriana Cappello, Review, Romance, Secrets, Where She Is