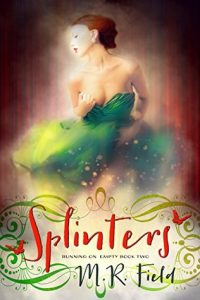 I’ve spent my younger years acting, safe in a world of make-believe. I learnt to transform into roles to hold onto a sense of harmony in my life.
Years later, still in that moment, I am another face. Another mask. I am not me—the forgotten daughter, the quiet friend, the unrequited love.
Until the pretending becomes meaningless.
And my life hardens again.
I’m tired of acting for my friends when my parents ignore me. I’m tired of acting for myself when I want the world to stop being so hard. I’m tired of holding back from the only man I’ve ever loved.
Even though being drawn to him petrifies me above all else.
When I act to him, he sees right through me.
Each and every time.

She has haunted my dreams for years. The girl I teased to watch her blush. The girl I watched in quiet agony. The girl I had a chance with, one I ruined when I pushed her away.
Now, after all these years, she’s returning to work for me. A ruse to make her mine.
I will show her that she deserves to be cherished, and loved. I’ll bring back that goddess who took my breath away when I was twenty.
You only live once. Side by side, I only want this final lifetime spent with her.

Splinters is the second novel in the Running On Empty series and can be read as a standalone. It contains no cliff hanger.

“When are you going to change? Would you hurt me? Everyone else seems to.”

Hazel has grown up in a dysfunctional family. The family was well off, but there was no love between the parents and three sisters. Each lived their own life, not looking after the other. Luckily, Hazel had her best friend Trice, and Robbie, Trice’s older brother. For years Hazel has a crush on Robbie, but he never saw her, was always dating other girls. To complete her studies, Hazel has moved to Europe, but now she’s back in Australia after having spent four years in London. She still has feelings for Robbie, but she has promised herself to guard her heart, she can’t survive another heartache.

“When does the line disappear and you become more than friends? I am hoping that I have etched it deep enough into the sand to never blow away.”

Robbie is the cocky guy in class, confident, in for fun. Until his twenties he is all about the parties, the girls and stuff. It isn’t until one kiss Robbie realizes Hazel, his sister’s best friend, means much more to him then he cares to admit. But he’s too late, she’s moving away to London and won’t be back any time soon. Finally knowing what he wants – or more who he wants – Robbie gets his act together and starts working on his plans for the future. Plans that include Hazel.. Having her back in Melbourne is one thing, convince her of his love for her is a second..

“I need some space. I am too close to her. I can’t trust that I won’t try to touch her. To feel her soft skin under my fingertips. To watch that blush stain her cheeks as she smiles at me before glancing away.”

Hazel and Robbie have known each other since high school. As Trice’s best friend, Hazel was always around but Robbie never saw her as more than a good friend to his sister and himself. One moment changes everything, and Robbie still is beating himself up for letting Hazel go. But now she’s back, and even works for Robbie at his new bar, The Emerald Vixen. Hazel still loves Robbie, but she has seen him with so many girlfriends. She’s afraid to be just another girl for him, to lose the friendship they have. Slowly, Hazel starts to let Robbie in, and they finally have their shot at something real and beautiful.

Like the other books I’ve read by M.R. Field, Splinters is a ‘from friends to lovers’ story. Poor Hazel has been through a lot with her horrible family and treasures the friendships she has with other people. It’s understandable she doesn’t want to ruin her friendship with Robbie; yes, she loves him but she doesn’t want to lose him. Robbie is a determined, sweet man; after realizing Hazel is the woman for him, he makes sure he’s ready for when she returns to Australia. It was good so see bits and pieces of Alex and Trice (Fragments), and to see Trinity and Theo still dance around each other (their story is told in Fractures).

“Several moments will pass you by throughout your life, but standing right here, kissing the woman of my dreams will be one of those memories that will transcend all others.”

I love Hazel and Robbie, and their story. I give Splinters 4.5 stars.