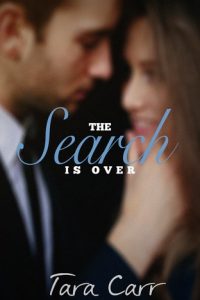 Every highway is leading me back to you...

Josie McMann had a rough start in life. The only daughter of a single mother, she learned early on that hard work and independence were the only way she would get anywhere. Losing her mother as a teenager left Josie without any family, until her best friend Janie’s family took her in. But moving in with them meant living a lifestyle Josie had never imagined. Thrust into a world of wealth where image is everything, Josie tried to keep her feet firmly planted on the ground, but her growing attraction for one of her three best friends, Connor, ultimately led to her leaving the small town of Harbortown, Connecticut, for good. Now, thirteen years later, she has no choice but to return to her hometown and the people she left. Spending time with her best friends is easier said than done when she realizes she’s never truly gotten over Connor.

Connor James Anderson has spent his entire adult life bouncing from one woman to the next, replacing his old substance addictions with sex. “Relationship” is a foreign word to him. When a summer series of events forces him and Josie to spend more time together than they have in years, Connor starts to wonder if maybe his life of money, fast cars, and women isn’t really what he was looking for after all.

Are their old feelings enough to rekindle their romance? Or will the secrets they’ve been keeping from each other all these years tear them apart?

“They were just buddies. Pals. Amigos. In person, it was a lot harder to remind herself that he was just her friend. Because she always wanted more. She always had.”

Josie has grown up with just her mother, her father wasn’t in the picture. When her mother lost her battle with cancer, fifteen-year-old Josie was adopted by the Grant family. Josie’s mother has worked for the father for years and the daughter – Janie – has been Josie’s best friend since grade school. Now, at age 35 Josie is moving back to Harbortown for her new job and back to her family and friends. For years Josie has had feelings for CJ, feelings he didn’t return. Even now, CJ is still special to Josie, but she’s finally ready to let him go and to move on with her life.

“She decided in that moment, for that dance, she would forget about the past and the future they’d never have, and just enjoy being next to him in the present.”

CJ is a former football player who now works as an entertainment attorney at his own firm with his best friend Pete. He enjoys himself with a number of women, but he is always very straight forward; just sex, nothing more. Spending time with his friends – married couple Pete & Janie and Josie – is important to him, they have known each other for a long time. Josie is just a friend to CJ, until he sees what’s right in front of him for all those years and he realizes she’s the woman for him.

Josie and CJ have been friends for a long time. They have seen each other change from teenagers to adults, and have witnessed their best friends fall in love and marry. CJ and Josie had a moment thirteen years ago, but it scared CJ so much he ran away and buried what happened with alcohol, drugs and women, to the point he no longer thought of Josie other than her being a good friend. But now, at age 38 he starts seeing Josie as much more than a friend and realizes he actually loves her and wants to be with her. CJ is in for a true battle, because Josie has every reason to question his sudden change in behavior. Josie loves CJ with all her heart, but she’s afraid he will ruin her and break her all over again.

The Search Is Over is a typical ‘from friends to lovers’ story. Two people have known each other for years, one had feelings for the other one for a long time, and the other one finally figures out his true feelings. Josie and CJ actually had a moment years ago, which had a very emotional impact on Josie. CJ doesn’t remember a thing, but when he finds out the truth and realizes what has happened he feels so very sorry. I love it that Josie doesn’t trust CJ with his new-found feelings overnight; she questions his motives and tries to keep him at a distance. It took me a little while to get used to Tara Carr’s writing style, but I’ve ended up enjoying this book.

“I’ve never loved anyone like I love you. I’m scared, too—I don’t know how to do this. I know I ran from you—from us—before, but I’m not going anywhere ever again. Please stay; I need you, Josie.”

I’ve enjoyed reading The Search Is Over, I give the story of Josie and CJ 4 stars. Since this being the author’s debut book, I’m curious for her future books.

Tags Review, Romance, Standalone, Tara Carr, The Search Is Over