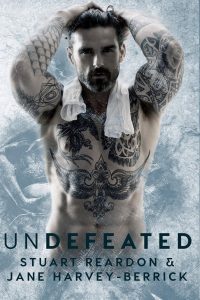 A powerful contemporary romance set in the fast-moving world of international rugby.

When your world crashes down
When they all say you’re out
When your body is broken
I will rise.
I will return.
And I will be undefeated.


Nick Renshaw is the golden boy of British rugby. When a serious injury threatens his career, he starts to spiral downwards, a broken man.
Feeling abandoned and betrayed by those closest to him, he fights to restart his life. Maybe there’s someone out there who can help him. Maybe he can find his way back toward the light. Maybe … not.
Dr. Anna Scott might be the one person who can help Nick, but she has her own secrets. And when Nick’s past comes back to haunt them both, the enigmatic doctor is more vulnerable than she seems.
Broken and betrayed, the struggle to survive seems intolerable. Who will give in, and who will rise, undefeated?

For some reason I’m not that much into romance books written by men, but when I heard Stuart Reardon was teaming up with one of my favorite authors – Jane Harvey-Berrick – I knew I had to read the result of their collaboration. Undefeated is an honest and real story, I love it.

“Nick’s determination was a living thing, pushing him on, needing success. He would do this: no fear. Think it. See it. Believe it. Do it.”

Nick has everything he wants, until he hasn’t. After a major sports injury his life delivers him blow after blow, until he hits rock-bottom. With the help of his family and Anna – his sports psychologist – he tries to rebuild himself, but again nothing comes easy. Falling for Anna during this time is not the ‘smartest’ thing to do, but the kind and sweet woman is just what he needs.

Anna has moved to the UK to start her career as a sports psychologist. After a relationship that ended very badly, she’s in no place to start dating again, and clients are even more forbidden. But as she gets to know Nick better over time, she knows he’s something special, somebody she can see herself building a future with.

“They’d stepped over a line—way over it, and they both knew what this meant, what they were going to do. Lust and arousal thickened in the air, tension that was sexual boiling between them.”

I feel so sorry for Nick, what happens to him is so unfair. The injury is one thing, but all that follows is much harder, and while he plays a role in it, it’s not his fault. Anna is a sweet woman, who is there for him when Nick needs it. Is their relationship inappropriate workwise? I think so, but they’re grown-up about it, know there might be heavy consequences. In the light of this, I fully understand Anna’s hesitation, she doesn’t want to lose everything she has built up.

Going in Undefeated, I didn’t know what to expect. I know Jane Harvey-Berrick’s work of course, but this is Stuart Reardon’s debut book. It took me a bit to get used to the writing (maybe because he’s a guy and they write/see things differently than women), but after a couple of chapters I couldn’t put my kindle down. I love Nick’s POV, it’s straightforward and feels realistic without extra frills and all. Undefeated spans a couple of years and the relationship between Nick and Anna isn’t rushed at all. They start as a client/psychologist, slowly become friends and end up as a committed couple. I love their HEA, they deserve it after everything they went through.

“Each smile, every hour he’d spent with her—they’d been the best of his life. Although he hadn’t really fallen into love. It hadn’t been a wild tumble, a jump over a cliff; it had been a slow, sweet warmth stealing through his body, like the rising sun.” 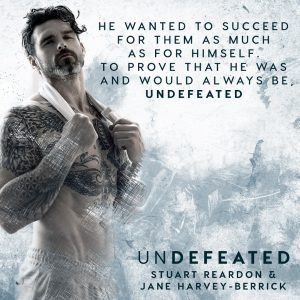 It’s been noticed,” she began carefully, “that you’re not engaging with the team or … or with me during my teaching sessions.”

His lips pressed together and his scowl deepened.

“Look, I know this is all kinds of awkward,” she sighed, “but your behaviour is already giving Sim concerns. It’s making him wonder about your commitment to the team.”

Nick exploded, his anger filling the space as he leapt to his feet and began to pace up and down, hands scrubbing over his face roughly.

“He’s questioning my commitment?! I train harder than anyone! I train on my off-days,” he spat furiously, his voice tight with emotion.

“I’m out there, slogging my fucking guts out harder and longer than anyone else during practices!”

“NICK!” Anna slapped her hand down on the massage table. “Will you listen to me!”

His jaw snapped shut and his stormy eyes narrowed on hers.

“Sim didn’t see that commitment during my sessions.”

“And we both know why that is,” he sneered. “You don’t want any commitment from me.”

Anna’s eyebrows shot up and Nick looked as though he was already regretting his words. He took a deep breath and looked away while Anna chose her next words carefully.

“You assured me that you could be professional and…”

“Yeah, well excuse me if seeing you again is fucking with my head! Not everyone can be as cold and calculating as you!”

She knew she deserved his anger, but her own frustration was rising to meet his. The volcanic pressure inside started to build, searching for an exit, searching for weakness.

“I cannot have any sort of relationship with a client!” she hissed, her body rigid. “You know that!”

“Didn’t stop you before,” he taunted.

“You weren’t a client then,” she choked. “But you’re right—I should have stopped. Oh boy, am I regretting it now!”

And she tossed her clipboard onto the table, pointing a finger in his face.

“Are you trying to ruin this for me? Is that what this is? Your ego can’t bear it, so you’re going to make sure I lose this contract? Or maybe ruining my reputation forever will settle the score. You tell me, Nick! What do you want from me?”

She was breathing rapidly, and two points of colour marked her cheeks in an otherwise chalky complexion.

He spun around, prowling toward her, his jaw clenched, his hands balled into fists.

“What do I want? I want to fuck you so hard you’ll never forget it’s my cock that’s been inside you. I want you screaming my name. I want you to say it wasn’t a mistake. I want to make you come so hard you pass out. That’s what I want, Anna, and it’s fucking killing me to not even touch you!” 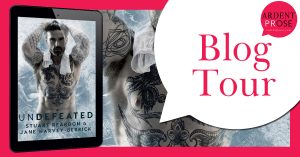