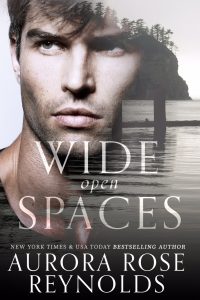 That moment your life changes.
That moment that changes your life.
That moment you love someone more than you love yourself.
That was the moment we gave our son up for adoption and the moment I was left bare. A wide-open space that would forever be empty.
There are moments that define you as a person, moments that prove just how strong you are, moments you push yourself to keep going forward when all you really want to do is give up. It was in one of those moments when I reached out and found him waiting for me.

When Shelby Calder left home fifteen years ago, she never planned on returning to the Alaskan town she left behind. But after the death of her grandfather and a bitter divorce, she hopes going home will be a fresh start for her and her ten-year-old son.

Zach Watters has made a lot of mistakes in his life. But when he sees Shelby Calder, looking more beautiful than ever, standing outside her childhood home, he promises himself that letting her go won't be a mistake he ever makes again.

Some things never change and love is one of them.

I have to be honest. The moment Aurora Rose Reynolds posted the first version of chapter 1 on Facebook Wide Open Spaces made me nervous. I wanted to whole story right away and I didn’t like the hero from what I had read. But, knowing the author and her work I knew she wouldn’t disappoint me. And although I have a few issues one issue with the book, I love the second-chance at love for Zach and Shelby.

“It will be okay. I swear it will be okay,” Zach whispers to the top of my head, while I bury my face against his chest. I know he’s wrong. A piece of me is missing. A part of my soul is gone. I will never be okay again.”

Shelby is moving back to her Alaskan childhood town. After her divorce she wants to make a new life for herself and her ten-year-old son Hunter, inheriting her grandfather’s house is a welcome start. But returning home means seeing Zach again, the man she shares a painful past with, a past that Shelby can’t forget. Giving up their son was devastating, but what happened next made it much worse. To Shelby’s surprise Zach lives next door, and while they spend time together she realizes the feelings she had for Zach are still there.

“Please leave.” “This isn’t over,” he growls, dropping his face toward mine. “It’s been over for fifteen years.” I lift my chin, keeping my eyes locked on his before letting out the breath I was holding when he turns and walks away.”

Zach is living the busy life of a single parent; he works as a sheriff and takes care of his fourteen-year-old twins – Aubrey and Steven – of who he has full custody. Giving up the baby boy he and Shelby had all those years ago and watching Shelby walking away was very hard for him, and to this day he hasn’t forgotten about them. Having built a ‘family’ with the mother of his twins wasn’t something he wanted, but he didn’t want to go through the heartbreaking loss of a child again. When Zach sees Shelby for the first time in 15 years he knows he can’t let her walk away again.

“She’s really pretty.” “She is,” I agree, knowing she’s talking about Shelby. I also know pretty doesn’t even come close to what I would call her. When she was younger, she was pretty. Now that she’s grown up, she’s beautiful, beyond beautiful.”

When Shelby and Zach ended their relation 15 years ago, it didn’t end because there was no more love. They did love each other, but giving up their baby boy Samuel was too much for Shelby, she needed to get away from all of the pain and memories. Zach stayed behind, hoping for the love of his life to come back. In one weak moment Zach changed everything; Shelby stayed away for good and Zach had to build a live with another woman. The moment the couple meets each other again it becomes very clear there are still a lot of feelings, good feelings. Both Shelby and Zach want to make it work this time, not just for them, but also for the three children involved.

I love the second-chance love story for Zach and Shelby. Both have been through a lot and both deserve to be happy, to be loved. The children in this book, Aubrey, Steven and Hunter are sweet kids, who want their parents happy. Wide Open Spaces reminds me of the original ‘Until series’, it gives me all the same feelings and emotions. However, I have one issue with this book; the time frame. I understand that Zach and Shelby made the joint decision to give up Samuel for adoption, to make sure he had the life they couldn’t give him. But only seven months after they had given up their boy, Zach was able to provide for his twins he had with another woman. And although he did it for the right reasons, that made me a little mad at him. Couldn’t he have done it for Shelby and their boy?

“This moment is everything. I never thought I would have what I have right now, didn’t even dare to dream it.”

I love Wide Open Spaces. I give the story of Zach and Shelby 4.5 stars.

~~ Wide Open Spaces was provided in exchange for an honest review ~~ 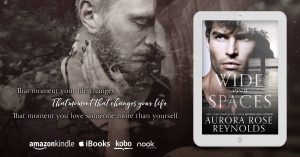