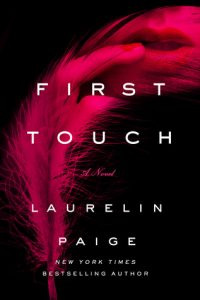 When Emily Wayborn goes home to visit her mom while on hiatus from her hit TV show, she receives a voicemail from her former best friend, Amber. Though the two were once notorious party girls, they haven't spoken in years. Although the message might sound benign to anyone else, Amber uses a safe word that Emily recognizes, a word they always used to get out of sticky situations during their wild days. And what's more chilling than the voicemail: it turns out that Amber has gone missing.

Determined to track down her friend, Emily follows a chain of clues that lead her to the enigmatic billionaire Reeve Sallis, a hotelier known for his shady dealings and play boy reputation. Now, in order to find Amber, Emily must seduce Reeve to learn his secrets and discover the whereabouts of her friend. But as she finds herself more entangled with him, she finds she's drawn to Reeve for more than just his connection to Amber, despite her growing fear that he may be the enemy. When she's forced to choose where her loyalty lies, how will she decide between saving Amber and saving her heart?

“I only knew that she’d shown up in my dull, lackluster, impoverished world and she’d glistened. I was fascinated with her instantly. Awe-struck. Enamored. Fuck, I was practically in love. I would have followed her anywhere. And I had. I’d followed her everywhere, through everything. Until, I couldn’t anymore.”

Emily Wayborn is a woman with a wild past, together with her best friend Amber she got involved with older rich men who provided for them; apartments, nice clothes, jewelry, all the luxurious things they wanted. After a brutal incident Emily is done with Amber and the life they are leading, she gets her act together and starts living a normal life in Hollywood. While leading her peaceful life Emily gets a voicemail from her former best friend – who turns out missing – using their old safe word. Emily goes after Amber’s last known lover, the charismatic and dangerous hotel entrepreneur Reeve Sallis, to find out what has happened with Amber. She knows he’s an attractive man, but she hasn’t counted on the sizzling chemistry between them.

“And I shivered. Because while I had ulterior motives for getting close to him, Reeve Sallis got to me. I’d read about his natural charm and sex appeal, but nothing had prepared me for the fullness of it in person. It was indescribable. Any adjective I tried to pin on him felt contrived and unoriginal. He was magnetic and provocative and commanding.”

Emily is a beautiful woman who knows how to use her body to get what she wants, after all, that’s how she and Amber got through life. While Amber was just interested in the fast lifestyle, the attention and wild parties, Emily had much darker needs. For reasons she didn’t understand, she allowed men to use her, to a point many other women would call it abuse. She didn’t even had a safe word, fully knowing she wouldn’t use it when necessary, to stop the dangerous situations she got herself into. This lack of self-preservation is partially what makes an end to her friendship with Amber.

Nowadays Emily keeps her dark urges under control, doesn’t put herself in situations where she will be hurt. Meeting Reeve changes everything. Although he is just means to an end, to gather information about Amber, Emily feels very attracted to the man. She wants to surrender to her inner cravings, and give herself over to him. After some push and pull between the couple, Reeve takes full control.

First Touch is a sensual, darker book with two storylines. On one side it’s about Emily’s search for her former best friend Amber, she just needs to know what has happened to her, and goes to great lengths to gather necessary information. On the other hand this is the story of Emily and Reeve, them meeting each other and circling around one other before they start an intense ‘arrangement’. An arrangement that involves Dominant/Submissive elements, craved by both Emily and Reeve. First Touch is told solely from Emily’s perspective, keeping Reeve an enigma with unknown motives and thoughts.

First Touch is the first book in ‘the First and Last duet’. I adore it and I can’t wait to read the next part, Last Kiss, to see if Emily and Reeve have a chance at a Happily Ever After. I give this story 5 stars.