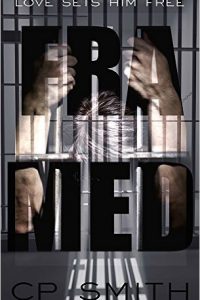 Six hundred minutes. That’s all it took ex-SEAL Kade Kingston to find trouble his first day home. He’d managed to survive covert operations in the hostile mountains of Afghanistan, only to be brought down by a baseball bat. If he had the first five hundred minutes back, he would have only had one drink before insisting his old friend tell him what the hell was going on. As it stood now, he and Sutton were both dead in the water—literally and figuratively. Six hundred minutes. That’s all it took for Kade Kingston to walk back into hell in his own backyard, losing everything in the process . . . including his freedom.

Inmate dog trainer, Harley Dash, knew Kade briefly as a teenager and was convinced of his innocence. Wanting to help the brooding ex-SEAL, she took it upon herself to force Kade into the Inmate Dog Training Program while she looked for a killer. With Kade confined, Harley and her father, along with two sexy SEALs, looked for evidence that would set Kade free.

Unfortunately, for Kade, Sutton's murder was just the tip of the iceberg in a case of corruption and murder, one that will send Kade and Harley into the Florida Everglades with a killer.

Will they survive the alligators of the Florida Everglades, or will the Dread Pirate Roberts exact his revenge?

C.P. Smith is known for her books about Alpha men and their sassy women. I have read all her previous books multiple times, so you can understand that I was very excited when I read C.P. Smith was working on a new book. This book certainly didn’t disappoint me; it put a big smile on my face and I couldn’t put it down.

Harley Dash works with her dad at his auto and bike repair shop. She’s doing the bookkeeping, the job her mother used to do. When her mom became ill, Harley drops her own life and takes care of her – and in a way of her father – without a second thought. This decision is the best for her family, but Harley sees her friends move on with their lives, going to college, starting careers and families. Things she also dearly wants, but the love she feels for her parents is stronger. Besides her bookkeeping job, Harley volunteers for the IDTP, a dog training program that rehabilitates abused dogs with the help of prison inmates. When she learns her high school crush Kade Kingston will serve his sentence in the prison she tries to get him into the program because she firmly believes in his innocence.

“I nodded in agreement because I hoped like heck that he was right about Kade’s former SEAL team coming to the rescue. Why? Because Kade Kingston was, or is, basically the man of my dreams and had been since I was sixteen years old. Unfortunately, for me, he didn’t know I existed.”

Kade is a SEAL, through and through. Being the high school bad boy gave him a reputation, and he enlisted as soon as he finished school to stay out of trouble. He and his brother Kyle are raised by their grandfather, both their parents took off when they were young children. The abandonment of both his parents has left a mark on Kade, for most of his life he has felt unworthy, not wanted. Kade still remembers the time he first noticed Harley, but didn’t act on it. For the past 15 years she has been his dream woman, the one he can’t have.

“When she turned back around and looked at him, those brown eyes of hers were attentive, focused on him, hanging onto his every word. Not disgusted at having to talk to the murderer Kade Kingston like so many others had in the past two years. Seeing that, the vice clamp that had compressed his chest since his arrest lifted momentarily.”

When Kade and Harley meet again in prison after all those years, sparks fly immediately. Although Kade refuses to join the dog training program, Harley doesn’t give up and makes sure he changes his mind. It doesn’t take long before they confess their very obvious feelings to each other, although it’s difficult due to the circumstances. Once Kade is out of prison, the couple falls easily into a relationship, both know who they are, how they feel about each other, and what they want. Harley is a very independent, stubborn woman; the banter between her and uber protective Kade is very funny. It’s not surprising Kade has some dominant tendencies, annoying (according to Harley) in everyday life, but very hot in the bedroom.

I have really enjoyed reading this story, I love the leading characters, the bond they share as a couple but also the love they have for family and friends. It’s good to read about a couple who have family and friends who’ll have their backs no matter what. I don’t have much knowledge from the American Justice system, some parts in this book seem a little over-the-top to me. But in this book, since it’s fictional, it works out perfectly.

“Just you in my life for however many days we have left. Just you fallin’ asleep wrapped around my body at night and wakin’ up in my bed every morning. Just you bearin’ my babies someday, for me to love and protect. And just you growin’ old with me holdin’ my hand as we watch the sun set over the ocean.”

I really like this book, I highly recommend it to readers who love over-the-top Alpha’s, sassy women, and don’t raise their eyebrows at insta-love. I give this book 4 stars!