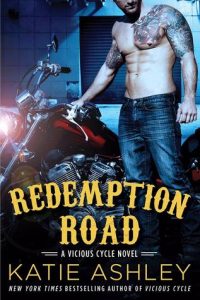 Looking for a walk on the wild side, Annabel Percy, the daughter of a powerful politician, starts dating a biker she knows is completely wrong for her. But she finds herself living a nightmare when she’s kidnapped and transported into a hell on earth she never could have imagined.

Born and bred into the Hells Raiders MC, Nathaniel “Reverend” Malloy lives and dies for his brothers. But when he becomes the unexpected savior of a rival club’s captive, Rev makes it his personal mission to nurse Annabel back to health—and to shelter her from the nightmares that torment her.

Once Annabel heals, she’s stunned to realize she is falling for the seductive man who saved her. Faced with their impossible attraction, can she accept the life he leads, or will Rev walk away from the only life he’s ever known for the woman he was never supposed to love?

Annabel Percy is a politician’s daughter, raised to do the right thing, and always behave well. All her parents expect for her is to marry well and support her husband in his political career, her mother even has her eyes on a suitable candidate. One stupid mistake – one moment of letting go of her good-girl behavior – turns her life into a living hell. After being rescued by Rev and his brothers, she needs to learn to live with herself again, who she is after what happened. She has a hard time doing so, but being in the presence of Rev calms her and gives her peace. Is doesn’t take long before she starts to develop feelings for him, but she’s unsure she’s worthy of him.

“Considering how good looking he was, never mind what sweet side he hid, I was sure he had a constant string of women interested in him, whether he reciprocated the attention or not. He certainly didn’t need a physical and emotional mess like me.”

Nathaniel ‘Rev’ Malloy is the president of the Hells Raiders, an MC founded by his father and on the brink of going legit. After being molested as a child, secrets destroy his family, changing the course of all of them. Underneath his rough appearance, Rev is a sweet, caring man who loves his family and feels very protective. Due to what had been done to him as a young boy, he doesn’t tolerate violence against women or children. Finding Annabel during a ride to free a brother’s daughter makes him want to shed his secrets, to put behind him what happened all those years ago. Just like Annabel does with him, Rev finds peace with her.

“No matter how much I was enjoying being with Annabel, though, I couldn’t turn off the voice of doubt in my head. Part of me wondered if I was tripping on the high of a hero complex, where being the savior of a beautiful girl gave me some kind of sick pleasure.”

Being damaged – Rev in the past and Annabel very recent – both think they have the other nothing to offer. But while Annabel is recovering from her ordeal at Rev’s house, they fall in an easy routine—they talk a lot, and help each other heal. Inevitable feelings start to grow between to couple, despite their best effort not to. When Annabel finally decides to act and express those feelings, Rev makes a very clear decision that truly hurts her. After working on himself and finally coming clean about his past with his family, Rev fights for his woman at last.

Redemption Road is a sweet love story, written in Katie Ashley’s familiar style. Yes, terrible things happen – also to the main characters – but it isn’t described in an explicitly brutal way. This story is about healing—how the love between two damaged people can heal them, make them better, and make peace with the past. I also really enjoy to see the main couple from the previous book Vicious Cycle, Deacon and Alexandra. Deacon’s daughter, Willow, is still as funny and cute as before and the relation between Rev and his mother and brothers is strong. I still consider this series as biker-light – I have read many MC books—and a less raw and gritty story is refreshing once in a while.

“Somehow two broken people had found their other half that completed them and made them whole. The worst of circumstances had brought us together, but some of the greatest loves in the world were born from tragedy.”

I’ve truly enjoyed being back in the world of the Hells Raiders. I’ve loved the first book in this series, and the second book is a great addition. I give this story 4 stars.