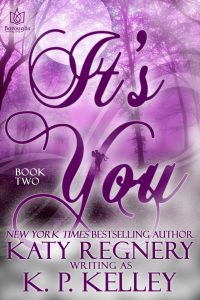 HAPPILY EVER AFTER...
To some, they’re just words signifying a fairytale ending.
For me, Jack Beauloup, they represent an unyielding desire:
Forever with Darcy Turner, the unexpected love of my life.
A love that has placed her human life in danger.

It’s You (Book 2) is the second part of the It’s You duet and starts right where the first part ended. Darcy is hurt and confused, Jack is hurt as well and both are unsure what to do. Book 2 tells their rocky road to their deserved Happily Ever After, I love the (sometimes frustrating) realness of it.

Warning: if you haven’t read part 1 yet, this review might contain some spoilers.

“That was before. This is now. This is after touching him and knowing him and loving him. This is very, very different.”

Darcy is a mess, she thought she had Jack back into her life when he returned to Carlisle. But finding out about his true nature, his beast, just is too much for her. Darcy can live with the strange connection they feel for each other, but the Roug not so much. Away from Jack she needs to regroup with the help of her friend Willow, who’s finding out about her true self as well. Knowing how much Jack means to her, Darcy gives them another chance.

Jack is hurt, Darcy has left him without any sign she’ll be back. He understands her reaction to his Roug to a certain level, but he doesn’t get why she doesn’t trust him. Jack himself is a bit worried for their future as well. Rougs and humans can’t be together; the risk the Roug’s nature takes over is always there. But still, Jack is bonded with Darcy, he just wants her back and build a life with her.

“She did want him. She did love him. She wouldn’t surrender to him. And she wasn’t just fighting him; she was fighting herself.”

When Darcy and Jack finally are back together they both have a lot of questions, but the feelings are still there. However, there’s no time for slowly working through their issues. Thanks to a ‘stunt’ from one of Jack’s family members the couple needs to show up at the next pack Gathering. It’s a dangerous situation; Jack can’t show up alone, but Darcy’s life is very much at risk. While being in love and intimate, Jack and Darcy both start to plan to make it through the Gathering. But, they don’t share this with each other. Each is working on an own plan, not communicating with the other. Jack and Darcy’s road to their Happily Ever After is a rocky and angst-y one, but they get there.

While I love Darcy and Jack, and the ending they get, I was so frustrated with them at times. I get that they wanted to ‘spare’ the other one, but all miscommunication and not telling each other the truth was eye-rolling at times. Please peeps, communicate please! You are in love, you want a future together. Work on it as a team! I was glad the earlier mentioned stunt wasn’t dragged out in Part 2, it was solved nicely without extra drama. Like the first part, book 2 feels real; the characters react in a realistic way to what the author throws at them. I’m glad she wrote it the way she did.

“I love you, Darcy. I belong to you. Forever. Her answering smile told him everything he needed to know, but he read her eyes anyway. Forever, Jack. Forever.”

I love Part 2 of the It’s You duet, I give it 4 stars. I really hope the author will continue writing shifter / paranormal books! 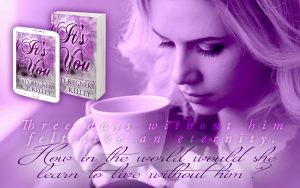