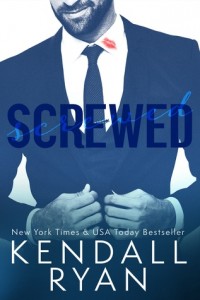 I have one rule: Don’t shit where you eat.

Several of the women in the condo complex I own would love some one-on-one playtime, and why wouldn’t they? I’m young, fit, attractive, and loaded. Not to mention I’m packing a sizable bulge below the belt. It’s a combination that drops panties on a regular basis.

But my cock, troublemaker that he is, has been confined to my trousers by my business partner. A concession I agreed to, and one that’s never been hard to enforce until Emery moves in across the hall. She’s smart, young, determined, and sexy as hell. I want a taste. I won’t stop until I’m buried deep inside the succulent new-in-town brunette.
After being warned about my past, she does her best to steer clear, but I’m about to show her that underneath it all, I’m a guy with a heart of gold and a cock of steel.

My name is Hayden Oliver, and this is my story.

A fun, cute read about two people who are not looking for love. Hayden promised his best friend he wouldn’t seduce the new tenant in one of their buildings and Emery has sworn men of after some disastrous relationships. When the two meet, an instant bond is formed, a friendship as they call it. But as you might foresee, lines get blurred, sparks will fly, and promises are broken.

Hayden Oliver is your typical rich, handsome, twenty-something year old guy. He knows he’s good-looking and how to charm the ladies. After a rocky relationship with an ex-girlfriend, it’s all about the sex with the ladies, just sex and leave them as soon as possible. This behavior is getting him in trouble with his best friend and business partner, Hudson. Sleeping with the tenants of their multiple condo buildings in the Los Angeles area is a thing that could get their company in trouble with the Better Business Bureau. Therefore, Hudson lays down the law – no more sex with tenants. Too bad that during this specific conversation Emery Winters is moving into her new apartment under the watchful eyes of her landlords. Hayden immediately regrets his promise to Hudson, because for him it’s lust at first sight.

“I can control myself around her. I have to, according to Hudson. I don’t like being told what to do, especially where my cock is concerned, and hell, it’ll probably only make me want her more.”

Emery who’s studying hard to become an attorney just moved across the country to spend her summer as an intern at a legal firm. After some rather disastrous relationships, she has sworn of men in general. When she first sees Hayden, she feels a pull she would rather ignore than investigate – he’s just too much of a player. Being warned about him by one of her neighbors isn’t helping of course. But despite those warnings, she likes to spend time with Hayden and does so often, just as friends. But very soon her feelings get involved, despite her best efforts to fight them.

“As I watch that sexy beast of a man head straight for me like a cheetah approaches a gazelle, I give myself a mental pep talk. The plan is to keep my head down and work my ass off so that my aging mom can finally retire, and not fall for a cheating, lying ass hole ever again. Period..”

Hayden and Emery start out as friends, even though it’s very clear from the first moment they met it’s inevitable they will end up in bed together. Due to the dual POV it’s very funny to see both their state of minds. They both feel very attracted to each other, but each has their own reasons not to give in. Hayden wants to prove he can be friends with a woman to his best friend, and Emery just got burned bad in her last relationship. She’s afraid Hayden will hurt her and all the warnings she gets from the various women in his life don’t help. Spending a weekend together at a work conference of the legal firm where Emery works at, changes everything

I really adore the banter between the main characters, and I love to see both their POV’s. It is fun to see how Hayden constantly was thinking about Emery, how a certain body part liked her so much but he couldn’t have her. The story is well-written, I really enjoyed the writing style. I also like the supporting characters. Mr. Pratt is one creepy boss, I’m glad I never worked for a guy like him.

“As I watch her while she sleeps, I can’t help the tender thought floating through my brain how close I came to losing her … and how lucky I am that I didn’t. Now I just have to do my best not to fuck this up”

I really like this story and give it 4 stars! I can’t wait for November 17, when Monster Prick – Hudson’s book – releases.