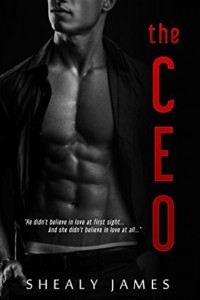 Eve Bryant finds herself moving across the country with only one goal—to rediscover herself and get her life back on track… Leaving a disastrous marriage, she swears off men and relationships, but when she meets sexy, charismatic Grant Mitchell, her new rules fly right out the window.

Grant is a born and bred businessman, and he always gets what he wants… The moment he lays eyes on Eve, Grant is determined she will be his. She’s different from other women he knows—too stiff, too prim—but her smile pierces his heart and he longs to see what she’s like when she lets her hair down. They discover a powerful and undeniable connection, leading to a fast moving relationship that leaves Eve whirling in its wake.

The odds are stacked against them, and trust is hard to come by.
A woman scorned, a troubled ex-husband, and a mother bent on orchestrating her son’s future to suit her own agenda make for a very rocky road. The new couple may not last, no matter how strong their feelings for each other are. Grant is willing to fight to keep Eve in his life, but after recent events, Eve isn't sure she has any fight left to give. Will outside forces drive Eve and Grant apart? Or will they learn there’s no love greater than the one you fight the hardest to keep?

The CEO tells the story of Eve and Grant. Eve is a young woman who just left an abusive marriage. She flew across the country to get away from her soon to be ex-husband and takes on a job with a friend and old sorority sister. She is still struggling thanks to the ex-husband, since he refuses to grant her a divorce.

Grant is a wealthy man and owns his own company. His mother is very controlling, controlling to the point of picking the right wife for him. Grant doesn’t do relationships, he has arrangements with woman from his own circles, who know the score and don’t get attached. Seeing Eve changes him, he starts to need more..

The CEO’s storyline isn’t a unique and original one. I have read many books like this, the rich, handsome Billionaire falls for the young woman who doesn’t feel too good about herself. He swipes her up in a rapid fairytale-like courtship, buys her clothes, shoes.. Steps in and takes care of all of her problems..

Some of the books I read are dark and gritty, sometimes I just need my read sweet and easy. Despite the unoriginal storyline, I truly enjoyed the CEO. It was a well written, sweet and easy read. The heroine feels like a real woman, the hero is a great Alpha and there are good side characters. The villain in the story, Grant’s mother, is a true, evil wicked witch. Just how I like my villains.

I give this story 3 stars.