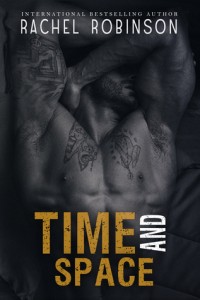 Not only did they take his career and his fiancée, they stole everything but his life, and he barely escaped with that.

As the boss of Ridge Contracting, his life is a blur of adrenaline and endless hours of work. Thriving and successful, he has never forgotten what was taken or who is to blame. His scars run as deep as the hatred in his heart.
Everything Cody lost will be his again. At any cost.

Lainey Rosemont can decorate anything. Your drab bedroom? She’s got it. A rundown shack in the middle of N.Y.C.? Lainey is the woman for the job. Unfortunately her past love life isn’t something she can Feng shui.

She has moved on from her relationship with Cody. It was over--literally buried in the ground. When he comes spiraling back into her life she’s not sure where their limits lie. With her nuptials to the swoony, heartthrob, Navy SEAL, Dax Redding fast approaching Lainey has decisions to make and a past of sinister secrets to confront.

Time changes everything and space apart turns lovers into strangers.

The only thing standing between happily ever after and fate is revenge.

One of my favorite types of books is the ‘second-chance romance’. The story of two people who have loved before, got separated through circumstances and are now giving their love a second-chance. Time and Space by Rachel Robinson falls exactly into this category. It’s written in a beautiful and realistic way. I love it.

“I was taken as a prisoner of war, or at least that’s what most people think. They held me for three years, six months and four days. The U.S. declared me dead after one year, seven months. I now know Lainey waited three years and two months before accepting a proposal from another man.”

Cody Ridge had the perfect life; a great job as a SEAL, good friends, and he was engaged to Lainey – the love of his life. When a military mission goes wrong, and Cody is being kept a prisoner for more than three years, he loses everything. Nowadays, he’s a hard working man, solely busy with his business, and remembering the past he had with Lainey. When the two of them meet again, the attraction and love is still there. Cody decides to pursue her, to make her his again, despite the fact that Lainey is engaged to another man.

“It was like she knew, but how could she? And now this: her reply of no means everything. More importantly, it changes everything. It’s the moment I know without a shadow of doubt that, after all this time, she’s still mine. He doesn’t know.”

Lainey Rosemont was devastated when she learned her fiancé Cody was killed on a mission, he was her everything. After years of grieving, and pressured by family and friends, she puts Cody in the past and opens her heart for Dax, another SEAL. He has helped her tremendously while she was heartbroken over Cody’s death, and even though she loves him, it’s different kind of love than she had for Cody. When she learns Cody is still alive, she doesn’t know what to do. Because the relationship between her and Cody ended with him being ‘death’, she decides to meet up with him to find closure, so she can marry Dax with a heart that only belongs to him. However, when she sees Cody again, the love she had for him is still there.

“He stops. He’s examining me, the new Lainey—the person who was born after his death. The woman he knew is gone. The problem with that is I still have her heart. It races along, thumping jaggedly for the man I love. For the man I thought was forever gone; for the man I now have no right to.”

The relationship between Cody and Lainey didn’t end because they broke up, Cody was declared death and Lainey was left with a broken heart. The feelings they had for each other are still there, Cody hasn’t moved on with another woman, Lainey only moved on with Dax because she was told Cody was death. Being unable to choose between two men, Dax tells Lainey to spend time with Cody, so she can marry him without regret. From that moment on, the feelings Cody and Lainey have for each other are unstoppable, making is hard to make rational decisions. After some unexpected twists and turns, the couple finally has a chance at their Happily Ever After.

The story between Cody and Lainey is beautiful, tragic, and realistic. What would you do when the love of your life you have buried returns from the dead? Lainey is truly torn between her past with Cody, and the relationship she now has with Dax. Whatever choice she makes, a man she loves gets hurt. I fully understand the decisions Lainey makes – both men keep secrets from her – making a logical choice is the only possibility. I love Cody, he has been through so much, and is still capable to live a normal life and to love Lainey. I understand why all played out the way it did, but I wish he would have handled it differently.

“I hoped it would turn out like this. I wasn’t sure. After everything I’ve been through, waiting for you was the easiest decision I’ve ever made. No more pause button or lost time. This is it. I’m calling it. No referee needed.” “Calling what?” I ask, as a tear sneaks out of the corner of my eye and falls onto his tanned, warm skin. I glance up and his gaze flicks down to meet mine. “I’m calling this our time and space. Right here. Right now.”

I love this second-chance romance, with all its twists, turns, and angst-y moments. I give it 4.5 stars.

~~ Time and Space was provided in exchange for an honest review ~~