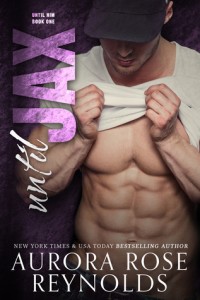 Ellie Anthony isn’t looking for love. She isn’t even looking for a man, but when Jax Mayson insists on keeping her and her daughter safe, she’s left with no choice but to trust him. Now she just hopes she doesn’t get hurt when she falls hard for a guy who’s known for breaking hearts.

Jax Mayson knows that Ellie is his BOOM the moment he sees her. When he finds out she has a daughter, he realizes he wants a family, and he will do whatever is necessary to keep both of his girls safe, even if that means facing the demons from his past.

Ellie Anthony is a young woman who didn’t have an easy life. Her mother checked out after her father died and her only brother died in a car crash. Becoming a mother unsuspectedly at the age of 19 to a baby girl changed the course of her life, the little girl is her everything and she does all she can to provide for her. Being born on the wrong side of the tracks left a mark on Ellie, she doesn’t trust easily and isn’t used to people helping her. Meeting the very attractive Jax Mayson during the worst moment of her life is confusing, he brings out feelings she thought she didn’t had, and she isn’t sure what to do with them.

“Feeling something strange coming from Jax, I turn my head, seeing a look in his eyes that sends a shiver through me. It’s tender and dark, but so soft, and I wonder what caused it.”

Jax is a true Mayson, like his father and uncles he believes in the ‘Boom’. Where some of them thought the ‘Boom’ was an annoying baker tale, Jax is waiting for it to happen to him. He sees his father and his uncles with their wives and the relationships they have and wants that for himself—a strong deep bond with a good woman. While he’s waiting for the right woman for him, Jax spends time with other women who don’t mean anything to him. The moment he lays his eyes on Ellie, despite the circumstances, he knows she is it for him, his ‘Boom’. From that moment on, he does everything in his power to make Ellie to change her mind about a relationship with him.

“I know I now have that under my roof; I just need to convince Ellie of the same thing. I need to show her our future could be beautiful is she’d give it a chance.”

Ellie and her daughter are welcomed with open arms by Jax’s extended family. They do everything to make them both feel welcome. I love the way Jax was with Ellie, a very sweet protective Alpha guy who assured her they are in it for the long haul. Due to her upbringing and experience with people, Ellie has her insecurities; it took her some time to embrace the feelings she has for Jax. After a little dancing around each other, Jax and Ellie fall easily into a loving relationship full of funny banter.

The story being told in Until Jax is a familiar one. It’s quite similar to the stories of Jax’s father Cash and his uncles. An over the top Alpha man falling for the gorgeous but insecure woman, doing whatever it takes to win her over. I love the way this book is written, in the style I know so well from Aurora Rose Reynolds. I have enjoyed seeing the people from the original Until series, and the supporting characters I have come to love.

“I’m going to marry you one day, Ellie, and then I’m going to adopt Hope so you’ll both have my last name.”

Will I continue to read future Until books? Oh yes, I will definitely read the next two books about June and Sage. But because of the somewhat unoriginal plot, especially in the romantic department, I give this story 4 stars.