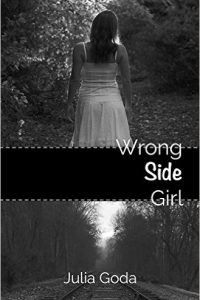 Cole has been Lizzy’s best friend from the moment he found her crying in the woods two weeks before her tenth birthday. Growing up without a father, Lizzy was raised by her alcoholic and drug-addicted mother. Being branded as the town whore's daughter, she had one bright spot in her dark world: Cole. He was the one constant in her life, the only person she trusted would never let her down.

He’s her savior, her protector…and the secret love of her life.

Now, sixteen years later, they both live successful lives in Boston. But while Lizzy still harbors hope that one day Cole will come around and see what’s right in front of his eyes, Cole enjoys his bachelor lifestyle with no intentions of slowing down. It’s time for Lizzy to move on.

Cole has been in love with Lizzy since he can remember. Those gorgeous but sad green eyes of hers have held him captive since he was twelve years old. But she is too pure, too perfect, too innocent for him and his lustful and promiscuous thoughts. He has promised himself he won’t touch her. That is, until he doesn’t have a choice but to claim her as his or lose her forever.

Is it possible for them to have what both their hearts desire or will the cruelty of life keep them apart?

Always looking for new authors who write great stories, last year I came across the debut book of Julia Goda – Bent Not Broken. Although the writing style was very similar to the one of my favorite author, I did enjoy the book. Wrong Side Girl is Julia’s third book and in it the author has found her own author voice—the resemblance to that other author is gone. ‘From friends to lovers’ books are one of my favorites and I adore this sweet book.

“No cake. No candles. No present. Not even a card. She forgot. I couldn’t help but start crying. Silent tears of disappointment were running down my face. I swiped them away, but they kept coming. I couldn’t keep up. I felt alone. So terribly alone.”

Lizzy Watson didn’t have an easy childhood. She wasn’t physical abused, but growing up with a drug addicted, neglecting mother made her life hard. All she learned from her, and from the other people in town, was that she wasn’t anything special. Her friend Cole was the only who cared for her and tried his best to protect Lizzy from the bullies. Nowadays, Lizzy works as a social worker. Because of her own childhood she feels compassionated about teenage runaways, always doing her very best to help them. Cole is still a part of her life, but as her best friend. Growing up she did have a big crush on him, believing he was waiting for her to get older. But after she saw him with one of her classmates, she firmly believed he saw her as nothing but a friend. She still does.

“Even if he couldn’t fill the place in my life I had hoped he eventually would, he would always be a priority in my life. No matter what, I would always be there for him. I had promised him that when we were kids and I would keep that promise if it killed me. There was no way I could disappoint the only person that had ever loved me and cared for me. And protected me.”

Cole Brooks has grown up in a wealthy family, but the loveless marriage of his parents and his supercilious mother had left a mark on him. Especially his mother has high expectations for him, the friendship Cole has with Lizzy is something she is not fond of. Although Cole has been in love with Lizzy since the day he met her, he has never acted on those feelings, trying to protect her from his mother. Over the years, Cole sleeps with lots of girls and women, but he never started a real relationship. Seeing Lizzy laughing with a man makes Cole realize he could lose her and finally gives in to his feelings for Lizzy.

“I never let on how much in love with her I really was. Yes, she knew she held a special place in my heart, knew we had a bond that nobody would ever be able to break, that I considered her my best friend. But she had no clue that I was head over heels in love with her. And I would never tell her. I was too scared of losing her.”

Lizzy and Cole have been friends since they were 10 and 12-years-old. Although they are the best of friends and tell each other everything, they don’t tell one another about their true feelings. Cole knows Lizzy had a crush on him, but he was too busy with other women and didn’t want to draw his mother’s attention to her. When he man’s up at last, he and Lizzy fall easily into the early stages of dating. They already have real feelings for each other, but actual dating is a whole new game for both of them. Together they are sweet, at ease with one another and there’s great chemistry. The problems Cole and Lizzy encounter are not of inner struggles – they know they belong together – but caused by outsiders.

The story of Lizzy and Cole is told in the past and the present. Reading about Lizzy’s childhood is hard, especially as a mother myself. I can’t imagine neglecting my children in such a way. Against all odds, Lizzy has grown into a sweet and caring woman, always taking care of the less fortunate children she encounters at her workplace. Wrong Side Girl is told in a dual POV; getting a look into the inner thoughts and feelings of both Lizzy and Cole helps understand where they are coming from with their behavior. The adults in this story – meaning the parents of the young adults involved and especially the mothers – all have made great mistakes in their pasts, influencing the lives of their children in a big way. If their choices would have been different, the lives of Cole and Lizzy, and even their nemesis Courtney, would have been much easier.

“I was young and stupid. So fucking stupid. Causing you all this pain. I promise you, baby, from now on there won’t be any more secrets between us. Ever. I won’t keep anything from you. I will always share my feelings and thoughts with you. You are my first priority. Always. Forever.”

I love Wrong Side Girl, it’s a great book with easy flow and a sweet heroine and an Alpha hero. I give this story 4.5 stars.

~~ Wrong Side Girl was provided in exchange for an honest review ~~